You are at:Home»Current in Carmel»Carmel Business Local»Serendipity Labs coworking space to open by end of year in Carmel

Serendipity Labs Coworking, a national coworking company, recently announced that it will open three shared-office and coworking locations in the Indianapolis area, including one at 517 Monon Blvd. in Carmel. The 24,000-square-foot, second-floor space will overlook the Monon Trail. It is one of the latest projects announced as part of the Midtown Carmel Redevelopment Project, a joint venture between Old Town Development and Ambrose Property Group. 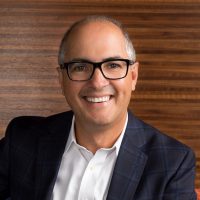 “It’s hard for coworking companies to create a network to serve an entire metro area, but we found that’s important for us, to support the mobility of our members,” Arenas said. “It’s a matter of convenience. It builds brand and it allows us to serve the market better.”

Membership applications for the Carmel location are being accepted.

“We have a mix of people who are interested. It includes some larger companies that are trying to grow or expand in Carmel and also some self-employed enterprises and people,” Arenas said. “We have fielded a number of interested parties. We feel good about the interest levels.”

He added that the demand for coworking space is rising nationwide.

“People will know about it more and more because there is a trend that companies are moving away from signing traditional office leases that usually keep them committed to a building for 10 years or more,” he said. “Why sign a commitment when a location like Serendipity Labs can provide that in yearly, monthly, weekly, hourly increments?”

Serendipity Labs is expected to open in Carmel by the end of 2018. The exact locations and opening dates of the other two Indianapolis-area locations have yet to be announced.