You are at:Home»Current in Carmel»Carmel Community»Carmel Democrat aims to oust longtime incumbent for Statehouse District 39 seat

After years in the hospitality industry, Carmel’s Mark Hinton has launched his first political campaign. Hinton is running for District 39 of the Indiana House of Representatives against Republican incumbent Rep. Jerry Torr, who has filled the seat since 1996. 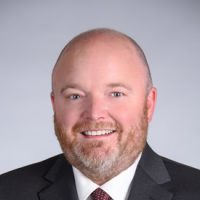 “I’m concerned about the future (path) that Indiana has been on,” said Hinton, a Democrat. “I just decided that now was the time to run. I just really couldn’t sit back anymore and wait or hope things got better or complain, that it was time to really get involved and try to bring the issues to the forefront.”

Hinton grew up in North Vernon and graduated from Jennings County High School in 1988. He graduated from Purdue University in 1992 with a degree in restaurant, hotel and institutional management.

Professionally, Hinton has been involved in hotel management, acquisition and development. He is managing a mental health practice in Carmel.

The political stage is not unfamiliar to Hinton. He was a Statehouse page at age 11 and worked on various local campaigns, including the 2008 and 2012 campaigns of President Barack Obama.

“I always watched the news because I always felt like that was the big thing going on,” he said. “(Politics) always interested me more than watching a basketball game, because that didn’t have a lasting effect. What these people were doing or talking about affected everybody and it was going to be history.”

Hinton said his goals are to bring a proactive approach to government and to leave the community in a better situation than before, especially for his 14-year-old daughter.