Sue Wolfgang has lived in Carmel for all of her 61 years, and she’s worked for the City of Carmel in various roles for nearly 22 of them.

That’s why she believes she’d be a good fit for city clerk, a new elected position created by Carmel becoming a second class city in 2016. Wolfgang was the first person to file as a candidate, with the winner taking office in 2020. As of press time no one else had filed to run, but candidates have until noon Feb. 8 to decide. 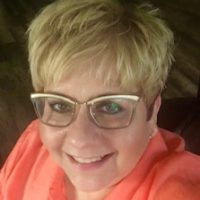 Wolfgang is the city’s employee benefits manager, a job she plans to keep throughout the campaign. If elected, she would relinquish the role and serve as the clerk full time. Before accepting her current position, Wolfgang worked for the city as an assistant court clerk and office manager in the Dept. of Community Services.

Wolfgang said she’s been considering the run for office – her first – for approximately a year.

“When we became a second-class city and I realized the position would be created, given what I’ve done for the city in the court for 10 years and HR and planning and zoning, I thought I’d be pretty good at it,” she said. “I understand politics. I understand the people, and I get along with the people.”

Carmel currently has a clerk-treasurer whose duties include processing the city’s receipts, expenditures and payroll; maintaining records and managing assets. In 2020, the treasurer function will move to an appointed role, and the elected clerk will be in charge of managing public information for the city and city court.

Wolfgang said that she doesn’t agree with how the clerk-treasurer’s office has handled certain situations.

“I don’t like the way things are done,” she said. “I think I have the knowledge, and it seems like a natural transition. It gives me another platform to serve Carmel.”

Among her goals are increasing transparency and simplifying the process for obtaining information, Wolfgang said.

“I would like to be able to serve the citizens, community groups and the media with transparency and ease of filling public information requests,” she said, adding that she also hopes to strengthen relationships with department heads.

Wolfgang graduated from Carmel High School in 1976 and earned a degree in criminal justice from Indiana University. She has an adult daughter who works at Conner Prairie and is involved in local theater.