“A Youthful Prospective of Black History in America” celebrates Black History Month through the artwork of Fall Creek Junior High School students. The display is the February exhibit hosted by the Fishers Arts Council at The Art Gallery at City Hall. 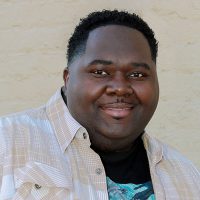 A public reception will be from 6 to 8 p.m. Feb. 8 at The Art Gallery at City Hall, where visitors can meet the students, Witherspoon and some of the stars of the film. A special film by Indianapolis filmmaker Demetrius Witherspoon will be shown at 6:30 and 7:30 p.m. during the public reception. The 20-minute film, “Submerge: Echo 51,” is a science fiction movie. It is rated PG-13.

Witherspoon owns DV Entertainment Pictures, a film production company. He is working on his fifth film, which will be released in 2020. He has won awards for editing and directing and has many talents, including singing rhythm and blues and screenwriting. He also is a cinematographer and producer. He was inspired by filmmakers George Lucas, Steven Spielberg, and J.J. Abrams. For more, visit dventertainmentpictures.com/

The exhibits are open from 8:30 a.m. to 4:30 p.m., Monday through Friday. Most artwork is available for purchase by contacting FishersArtsCouncil@gmail.com or calling 317-537-1670. For more, visit fishersartscouncil.com.