Block originally served a one-year term on the council when Fishers became a city in 2015. He later ran and won a full four-year term during in the 2016 election cycle. He said if re-elected, it would likely be his last term. 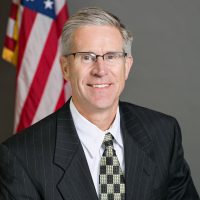 “Generally, it’s been exciting being involved with what’s going on in Fishers,” he said. “The council gets along well, and personally, I feel like we all have a good working relationship with the mayor and staff and it is a very productive organization and city to be involved with.”

Block is the council’s vice president and has served on the Fishers Planning Commission.

He said his priorities would be continuing to enhance downtown Fishers, investing in the city’s infrastructure and making quality-of-life improvements for residents, such as development of the Nickel Plate pedestrian trail.

Block said he wants to see Fishers continue its growth.

“Fishers previously had a large residential tax base and was important to build more commercial development for the sustainability of the city,” he said. “We see that in the offshoot of downtown development with restaurants and other entertainment.”

“There is culturally a nice balance between what we’re doing, and that has added to the overall quality to life,” Block said. “I think certainly I’m a person who tries to make the best decision for Fishers, and factoring in what is in our long-term interests and looking at things with a return on investment mindset. I have not voted necessarily in support of everything but I am absolutely a huge supporter of direction that Fishers is going in.”