You are at:Home»Current in Geist»Geist Community»Fishers resident runs for LLS Man of the Year designation

This spring, Fishers resident Tim Houterloot will be a 10-year survivor of a rare form of leukemia. That’s part of the reason he decided to run for the Leukemia and Lymphoma Society’s Man of the Year designation, a 10-week fundraising campaign that runs March 7 through May 18. 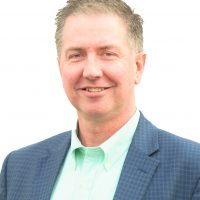 The other reason is the 2017 LLS Woman of the Year, Vicki Andritsch, lives in the Fishers area, and Houterloot attended several of her fundraising events.

“Vicki has been a help for giving us ideas and guidance and counseling. A couple years ago when she ran, we went to a couple of her events. We knew her family,” Houterloot said. “It seemed like a natural fit. That was kind of the beginning of when I started getting some interest in this.”

That’s when Houterloot said his competitive spirit kicked in. Usually, the competitors raise more than $1 million for LLS.

“We are definitely going to have a golf outing, one or two musical fundraising band activities,” Houterloot said. “The biggest thing I’ve learned from talking to these folks is, I thought a lot of these fundraiser big events raise the most money, but it’s really more about finding enough people and spreading the word through social media.”

For more or to donate to Houterloot’s campaign, visit pages.mwoy.org/in/indy19/thouterloo.