For the first time, the Boys & Girls Club of Boone County has kicked off a county-wide fundraising effort for its three units in Lebanon, Whitestown and Zionsville. 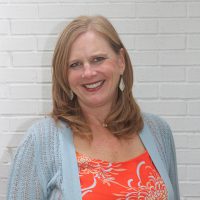 “In the past, the separate organizations have conducted fundraising efforts through an annual fund, email, events and direct mail,” said Katie Reasoner, resource development director for BGCBC. “The purpose of an annual fund campaign is to establish regular giving habits with donors.  Most donations for nonprofits come in the fourth quarter of the year, although expenses are incurred throughout the year.”

The daily operating cost for the organization is $4,221, according to Reasoner. At the Whitestown and Zionsville units, the after-school programs charge $50 per semester, per member, to assist in offsetting costs.

“The funds raised from the annual fund pay for transportation, building maintenance, heating, electrical, salaries and all facets of running the organization,” Reasoner said. “Our annual budget is $1,540,740. Divided by 365 days is how we arrive at the daily cost of $4,211.”

The goal for 2019 for the annual operating fund is $259,000, and an additional $255,680 from special events. Thirty-five percent of the organization’s budget is generated from fundraising efforts.

Last year, the Lebanon unit raised $20,000, while the Whitestown and Zionsville units raised $82,452. Because the merger didn’t occur until October 2018, both clubs did a majority of their fundraising prior to the merger.

“Because of all of the time and effort from the board members for the merger to happen, both organizations did not have as successful annual fund drive as they had in years past,” Reasoner said. “In the fourth quarter of 2018, as the merged Club, we were able to make up some of the lost ground for the year and ended the year on budget.”

There is no minimum donation requirement.

“One of the most heart-warming donations we have received is from a member who held their birthday party at the club, and in lieu of gifts, asked their friends to make a donation to the club,” Reasoner said.

The annual fund drive runs through March 31. Donations are accepted at bgcboone.org or by mail at Boys & Girls Club of Boone County, 1575 Mulberry St., Zionsville, IN  46077.