You are at:Home»Current in Westfield»Westfield Community»Westfield High School graduate participates in ‘Naked and Afraid’

When 2008 Westfield High School graduate Whitney Hamblin hiked the Appalachian Trail from Georgia to Maine in 2016, she documented her six-month journey on social media. Producers from the Discovery Channel television series, “Naked and Afraid,” saw the documentation and reached out to Hamblin, requesting she interview for a spot on the show. 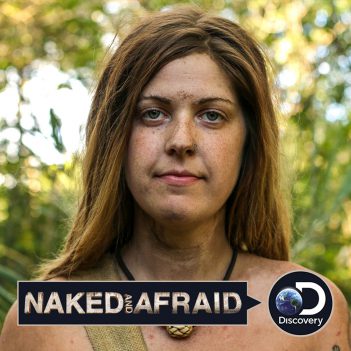 Whitney Hamblin spent three weeks in a jungle in Brazil as part of the show “Naked and Afraid.” (Submitted photo)

After several interviews, Hamblin was accepted.

The episode was shot in May 2018 in a jungle in Brazil. Hamblin and her show partner, Nathan Martinez, survived the three-week challenge. Their only prize was bragging rights.

“Essentially, it was how uncomfortable can you be and for how long and can you survive for three weeks with nothing but yourself and a couple of bare tools,” the 29-year-old Carmel resident said. “You get to choose what tools you think are best for the location.”

Hamblin and Martinez were given a 6-liter cookpot, a Chinese Dadao sword and flint and steel.

Hamblin said the first time she met her partner, they were both naked.

“When you’re walking up to a stranger you have never met in the middle of the jungle, there’s people taking video and audio, and on top of meeting a stranger you don’t know, you’re totally naked,” she said. “At first, it’s incredibly uncomfortable, but you make it past that and start working toward the challenge within the hour. My partner and I very quickly moved into survival mode.”

Hamblin said insects were the worst part of the experience.

“The hardest part was the bugs. Not because bugs gross me out, but it’s just that there’s no escape,” she said. “You can never escape them. As soon as the sun comes up, all the gnats and biting flies come out. In the late afternoon, all the mosquitos come out.”

Although the pair is sequestered to a specific area for the three weeks, there also are guidelines they must follow.

“There are rules that go along with the challenge, the challenge being you have to stay in the location, and if you find manmade materials, they’re off limits,” Hamblin said. “There’s a river that runs (nearby), and things wash up on shore sometimes, and it was difficult to know there were some resources around but they were off limits, but that’s part of the challenge. The challenge is to survive in the most primitive way possible.”

Hamblin and Martinez got several major “protein kills” for food throughout their time on the island – an armadillo and four stingrays. They also ate snails, frogs and small fish.

“At the end of the day, the things I learned about myself, the mental strength and fortitude I have gained from that challenge, those are the things that make it worth it for me. That confidence is something that can’t really ever be taken from you,” she said. “I’m grateful for the experience.”

The episode aired March 3, but it is periodically replaying throughout March and April. For more, visit discovery.com/tv-shows/naked-and-afraid/about.