You are at:Home»Current in Fishers»Fishers Community»Allegations against city clerk lead to investigation

The City of Fishers recently released a press release stating the Fishers City Council was made aware of several Title VII allegations against city clerk Jennifer Kehl on May 10. The allegations were made by both current and former employees. 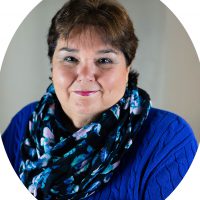 Title VII is a section of the Civil Rights Act of 1964, prohibiting employers from discriminating against employees on the basis of sex, race, color, national origin and religion.

Aside from explaining Title VII, a City of Fishers spokesperson would not comment further on the specific allegations against Kehl.

The Fisher City Council immediately took action to provide workplace accommodations. According to the press release, the council has hired a third-party firm to conduct an independent investigation into the allegations. Although the Office of the Clerk is separate from the City of Fishers, the council has investigatory powers over all officers, departments and employees of the City.

The release stated the council would not provide further comment until the investigation is complete.