Lori Raffel views Carmel Community Players’ 2019-20 schedule as the right mix for The Cat in Carmel. 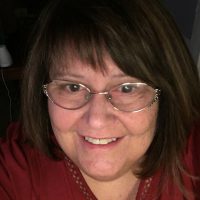 “When I look at the season as a whole, I know that our goal was to not only select productions that our patrons would like but also that give our audiences a good mix of comedy, drama and musical,” said Raffel, vice president of the CCP board. “Sometimes in the past, we’ve done a theme for the season, such as one year was all comedy and one was all productions that had won the coveted Pulitzer Prize. But for this season, we chose a variety of shows, keeping in mind our ability to rehearse offsite at our warehouse and move in to The Cat with our sets the Sunday before we open on Friday. That’s one thing that we’ve had to get used to, not rehearsing in the facility and also moving in with only a week in the venue.”

The smaller stage at The Cat means large-scale productions are out as well.

“We have directors who would love to produce ‘42nd St.,’ but having more than two people tap dancing on the stage at The Cat just doesn’t work,” Raffel said. “That’s why we had to do ‘Ragtime’ at another venue.”

Raffel will direct “Shipwrecked! An Entertainment,” which will close the season July 17-26, 2020.