You are at:Home»Current in Carmel»Carmel Business Local»Juniper on Main to begin serving southern coastal fare

Those who routinely pass through Carmel’s Arts & Design District have likely noticed some changes to the building at 110 East Main St., formerly the home of Kendall Law Office. Situated between Woody’s Library Restaurant and Greek’s Pizzeria, Juniper on Main, a restaurant serving southern coastal fare, will open soon. 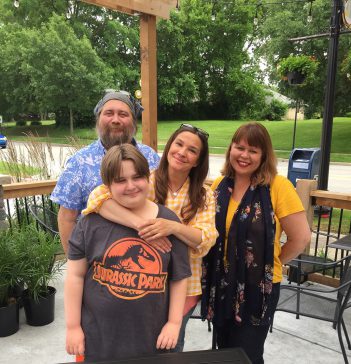 According to co-owner Diane Cannon and Executive Chef Christine Daniel, the restaurant was inspired by a popular restaurant in Savanna, Ga., which Daniel used to run. While Hoosiers might not be familiar with southern coastal or lowcountry cuisine, Daniel and Cannon are confident Carmel diners will be hooked once they give it a try.

“Lowcountry cuisine is based off of that area, right along the coast, in Charleston, Savannah and all the little out-islands, all the way down to the northern part of Florida,” Daniel said. “There’s a lot of seafood, of course. Rice is a staple down there, and there’s also the other southern influences — greens, vegetables that are grown down there, like okra, and the sauces that are popular.”

Some dishes Daniel is particularly excited to debut in Carmel include her two varieties of shrimp and grits, made with heirloom grains from the oldest grist mill in the nation, and Savannah crab stew, which she described as a very rich Savannah staple.

For Cannon, who co-owns Juniper on Main with her husband, Kevin Keltner, much of the restaurant’s charm comes from the historic space it occupies. The building was built in 1898 and is owned by Keltner’s parents.

“It’s all about historical preservation and gardens and nature, and that’s what we wanted,” Cannon said. “We wanted that feel here, preserving the little old house and not tearing it down. We wanted to keep the inside light and airy and breezy. (It’s) just a really sweet historic bungalow.”