You are at:Home»Current in Fishers»Fishers Cover Stories»2020 sight: Fishers PD to start body-worn camera program this year for full implementation next year

Fishers police are moving forward with their plan to begin using body-worn cameras.

In an effort by city officials to be more transparent, a pilot program was conducted in 2018. The city then set asides funds in its 2019 budget and applied for a matching grant through the Bureau of Justice Assistance to cover the cost. 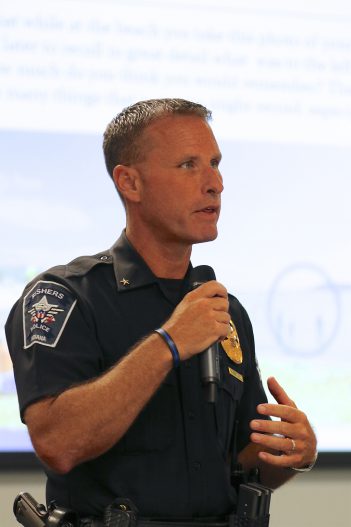 FPD Chief Ed Gebhart said the cost, which includes all cameras, technical assistance, training, storage space and other associated equipment, is just more than $1 million, to be paid during a five-year plan with the city. The grant was awarded to FPD in October 2018.

On June 20, the city conducted a discussion and panel at FPD headquarters downtown to inform the public on the body-worn camera program and how FPD will use the devices. A panel of guests from CNA Analysis & Solutions – a consulting and research company that works with police, military and other government groups – discussed the need for and use of the equipment t in police departments across the nation.

The first phase of implementation will begin this year. Gebhart said the goal is to have all patrol officers using a body-worn camera by the end of the year and have the department fully operational with the devices by the start of 2020.

“What I have found is that our (test) use of body-worn cameras has cleared our officers of false accusations more than sent them down a road of discipline,” Gebhart said. “I think this is something that is going to help continue the great job (the officers) are already doing out on the street.”

Scot Haug, a body-worn camera expert with CNA and a former police chief from Idaho, gave a short presentation at the June 20 event.

“What we’re seeing is that body-worn cameras are set to become the norm, just like in-car video,” Haug said. “My prediction is that within the next three years, they will become the norm, and I think we’re nearly there now. We’re seeing that most agencies have either implemented, are implementing, or are in the process of doing research for their agency. This is not going away anytime soon.” 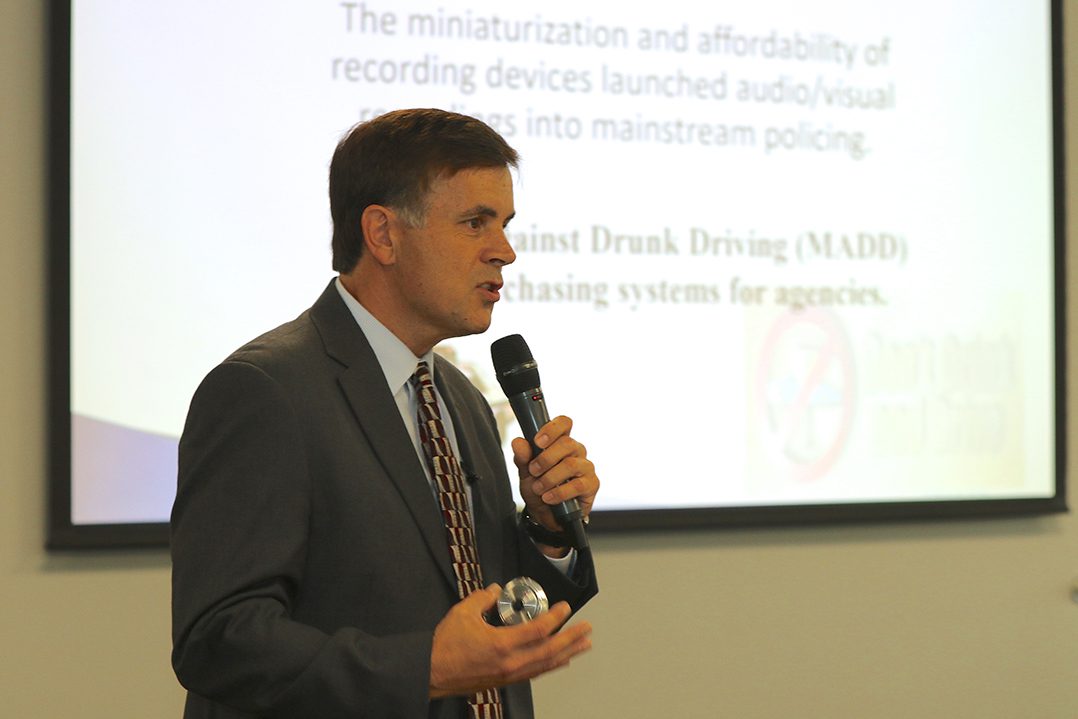 Haug said he often comes across individuals who want to know why body-worn cameras are necessary when most police interactions already are recorded by an officer’s in-car camera.

“One provides a different perspective than the other,” he said, showing example photos of various views each piece of equipment provides.

In a routine traffic stop, Haug said a body-worn camera provides a view of the inside of the vehicle, while the in-car camera shows the broader street view.

“My opinion is that you need both,” Haug said. “One doesn’t replace the other. The in-car video is very powerful, but the body-worn camera provides a different perspective when the officer leaves the area of the car.”

Haug said he wants to be clear that that body-worn cameras will show every aspect of an incident for several reasons: Because of the type of lens on the camera, where the camera is worn on the officer, nighttime video quality, bad weather conditions or the direction the camera is facing versus what the officer sees or what may be happening peripherally near the officer.

But the positives of the cameras outweigh limitations, Haug said, such as improving transparency, reducing the use of force, reducing complaints and improved officer safety.

“Phones are already everywhere, and there’s a good chance that if you do anything (as an officer), you’re on video somewhere,” Gebhart said. “Our officers feel that way, so these cameras are them having their chance to get their perspective locked in. When it reaches public opinion, officers can be put on trial before the trial ever starts, so to speak. So, having a video of your perspective can sometimes be the difference of how the public (views the incident.) I think it will help our officers. I think it will help our department move forward.” 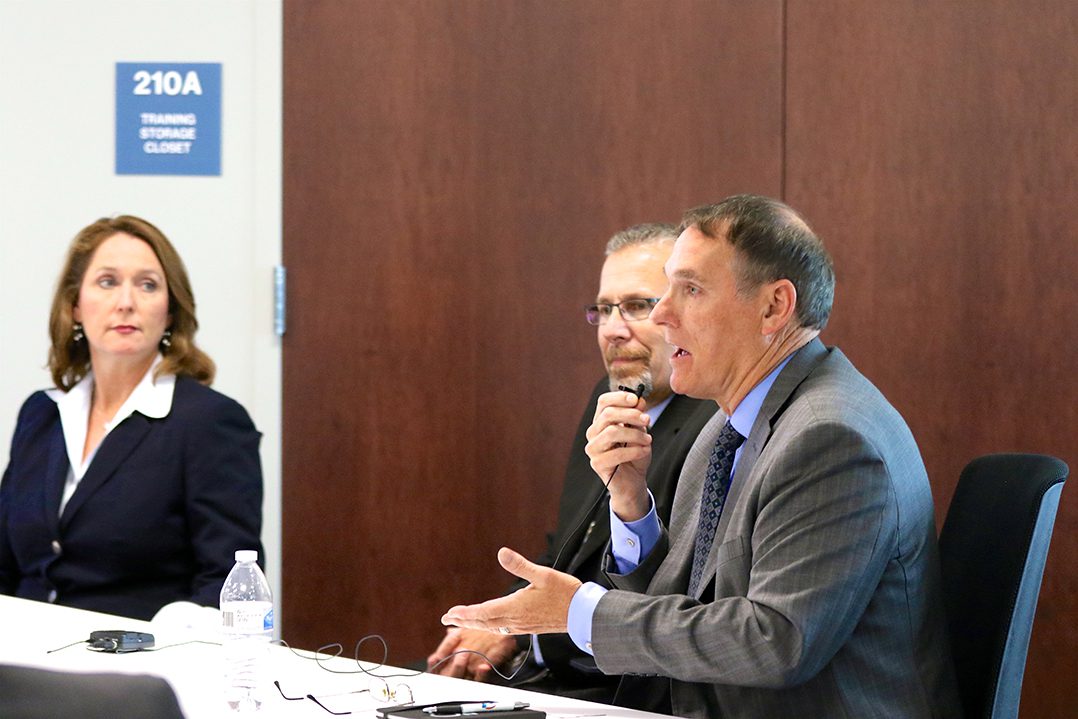 The June 20 meeting featured a panel of staff from CNA Analysis & Solutions. From left, Laura McElroy, a communications consultant with McElroy Media Group; Charles Stephenson, a senior advisor with CNA; and Daniel Zehnder, a principal trainer and consultant with Principis Group, Inc., a body-word camera and training firm.

A BRIEF HISTORY OF POLICE RECORDING