The Ball State student plays Domina in “A Funny Thing Happened on the Way to the Forum” at Red Barn Summer Theatre in Frankfort. 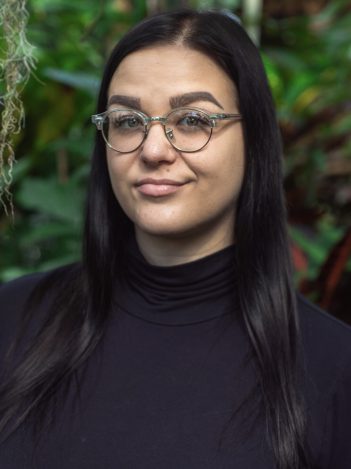 “It is a very enjoyable role because it is a character that is very much in my wheelhouse,” said Flora, who is from Frankfort and is performing with Red Barn for the sixth season. “She has a very strong, bold personality, and those are my favorite types of roles to play.”

“It is a very funny show and we have a very funny cast, a cast of comedians, which I think the show needs,” said Michael Taylor, who is directing the musical.

The production, which debuted on Broadway in 1962, is inspired by the farces of ancient Roman Plautus. The music and lyrics are by Stephen Sondheim.

It is Red Barn artistic director Taylor’s first time working on this musical.

“Of Stephen Sondheim shows, this is definitely one of my favorites. I’ve always enjoyed this one and ‘Sweeney Todd,” Taylor said. “It’s a bigger cast (16) for the Barn, but not the biggest that we have had out there. One of the biggest challenges of the show is the set having the three full houses on stage, so this year we plan to actually build two houses that extend into the audience.”

Taylor said the audience should experience “a night of silliness, catchy tunes and lots of laughter.”

Taylor had to conduct rehearsals for “A Funny Thing Happened on the Way to the Forum” while directing “A Thousand Clowns,” which was scheduled to end its run July 7.