Catherine Michael understands visiting a lawyer isn’t something most people are eager to do.

So, she wants her new firm of Connell Michael Kerr, LLP, to be accessible.

“The thought of spending time with a lawyer isn’t delightful to most people, and it is often the most miserable time of their lives,” said Michael, whose focus is education law. “So, we try to make ourselves very much approachable. We are human beings and mothers and trying to manage our careers, our children and our families like everyone else. We know what it’s like to spend money, and it’s not fun.” 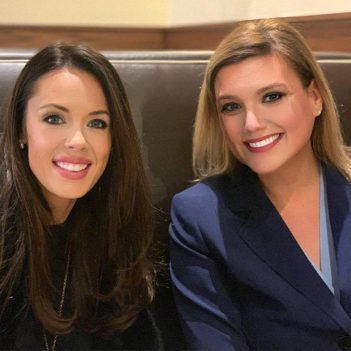 Erin Connell and Michael, the founding and managing partners, are Carmel residents. The firm’s main office is at 550 Congressional Blvd., Suite 115, Carmel. Sonja Kerr, an education law attorney, is based in Austin, Texas, where the firm has an office. The firm also has an office in Galveston, Texas.

All three were members of Hollingsworth & Zivitz, a Carmel firm primarily focused on family law. That firm recently dissolved because of a deadlock over management. Kena Hollingsworth bought out her law partner Christina Zivitz’s shares. Hollingsworth said she plans to continue practicing family law and will have an announcement in the near future.

Michael said she had thought about having her own firm one day but hadn’t planned it.

“Hollingsworth and Zivitz was dissolving, and I’m a great believer where there is crisis comes opportunity,” Michael said. “This wonderful, exciting opportunity came out of it.”

Michael said the firm has several additional attorneys who will join this month.

“I’m licensed in several states, and education law is very much a paperwork practice,” Michael said. “I represent special needs children who may need to be residentially placed or are having chemotherapy and need a home-bound program. It’s such a niche practice that people seek me out wherever they are. Education law is my labor of love, so I do that for the majority of my practice.”

Michael, who has practices law for 19 years, said Connell’s focus is almost entirely on family law.

“The interesting thing about Erin is she was a captain in the Air Force, so we also try to help military families,” Michael said.

Michael said three members of the administrative staff of Hollingsworth & Zivitz have joined the firm.