For Yannik Singh, the experience was invaluable.

Singh, who will be a Carmel High School senior this fall, was one of 20 students who advanced to the U.S. National Chemistry Olympiad summer camp June 2  to June 13 at the University of Maryland. 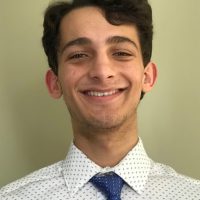 A four-person team and two alternates then were selected to represent the United States at the 51st International Chemistry Olympiad July 21 to July 30 in Paris. Singh was selected as an alternate for the squad, sponsored by the American Chemical Society.

“I was excited to get this far (as an alternate),” Singh said. “Honestly, going in I was not very confident in myself. I wasn’t even expecting to be on the team at all, not even as an alternate. Just the fact I’m on the team in some form is a huge honor.”

Singh said the camp was more rigorous than he expected.

“The schedule was packed. We had some sort of test or lab every day,” he said. “I was really grateful that I went because it gave me opportunities I wouldn’t get otherwise. I learned a lot and met a lot of really amazing people. My chemistry lab skills coming to the camp were abysmal because I had no access to the equipment. The practice labs really helped to solidify those skills. Overall, it was a really positive experience.”

The competition to make the team began with a multiple-choice exam taken by nearly 16,000 high school students across the U.S. The top 1,000 students advanced to take the National Chemistry Olympiad test. From there, the top 20 were selected for the study camp.

“I’m definitely going to try to do it again next year,” Singh said. “Hopefully, I can make the team next year, but even just going was really fun. I hope I can do it again.”

Singh helps out with the Chemistry Club at CHS.

“We go around to elementary schools in the district to talk to kids about chemistry and do cool, fun demos to get them interested,” Singh said. “I also help out with my school’s Science Olympiad team, an academic competition.”

Singh was joined at the study camp by fellow CHS student Iris Yan, who attended for the second consecutive year.

Singh said he wants to major in bio engineering. He is considering Stanford, MIT, Duke, Northwestern, Vanderbilt, Rice and Purdue.