A Carmel company that helps job-seekers find and apply for positions close to home wants to raise $7 million to fund a national expansion. WorkHere, a Carmel-based business founded more than three years ago, has already been working with some out-of-state clients. 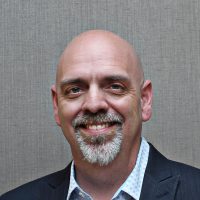 “We had customers outside of Indiana come to us and say, ‘Can you help us out?’ We have been doing that and it’s working, so we made the decision to raise some expansion capital and really grow,” said Mike Seidle, co-founder of WorkHere.

Approximately 75 percent of the money raised will go toward sales, marketing and product development.

“The important thing when you want to grow sales is to add head count to your sales team,” Seidle said. “So, if you want to do that, you have to grow the sales and marketing team, so that is why we decided to break the money up that way.”

WorkHere helps companies recruit candidates who live nearby using GPS to avoid situations where, for example, a potential employee who lives in Greenwood would have to commute to Carmel.

“We started with location and that still is really different,” Seidle said. “It helps recruit those who live nearby so (companies) don’t end up with jobs people can’t take because they decide they don’t want to drive that far.”

In the 1 1/2 years, WorkHere added a chat component in an effort to help with one of its target markets: youth and young professionals.

“We realized kids under 21 are frightened off by the sound of a phone ringing, so we switched to texting. Employers like it because they can vet candidates and can confirm items,” Seidle said. “And it’s a different experience for a job seeker, because all of our customers are able to accurately claim that anyone who wants to talk to them can talk to them.”

Seidle said it takes more work these days to hire an employee than simply posting an open job.

“There are .8 job seekers available for every open job that is posted. If you go back about six years, it was about 6.4 available job seekers for every one open job,” he said. “It’s harder to recruit, so we have built out the ability to reach people locally and use geo-fencing technology to recruit. It’s more than just convenience. I think that saving on the commute helps people a lot with personal life and family and ultimately puts money in their pocket. If they can find a job closer to home, it’s the best kind of outcome you can get.”

WorkHere officials want to have the funding for its national expansion raised by the fall or early winter.