To celebrate the American Legion’s 100th anniversary, Post 410 in Whitestown is staging a free concert for the community. And post Chaplain Bill Stubblefield wants you to know this about the show.

“The bottom line is, this is not karaoke night in Whitestown,” Stubblefield said. “This guy is world class.” 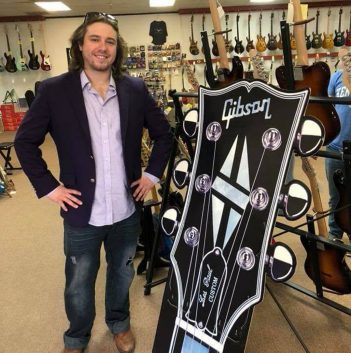 “This guy” is guitarist/singer/songwriter Chris Shutters, a 2010 “American Idol” contestant and front man for the Chris Shutters Band. Shutters and his three-piece band will perform from 7 to 10 p.m. Aug. 3 at Post 410’s “Party of the Century” at the post, 5 Linville Ave., Whitestown.

Admission is free and open to the public. The event, which will include cash bars and pulled pork for purchase, is a centennial celebration of the 1919 founding of the American Legion, the nation’s largest U.S. war veterans’ organization. It is headquartered in Indianapolis.

Shutters, a member of Post 410 and long-time friend of Stubblefield, is a Toledo, Ohio resident who regularly tours the U.S. and Europe. He typically tours with drummer Kofi Baker, son of legendary Cream drummer Ginger Baker, performing the songs of Cream. But Baker was recently injured in a bike/car accident and can’t make the show.

But Stubblefield promises the audience won’t be disappointed with the performance.

“Chris Shutters’ talent level is off the charts,” Stubblefield said. “Chris is an amazing talent.”

“I’m pretty excited to bring the band down from Toledo for this show,” said Shutters, who also plays flute. “This means a lot to me. It’s really cool. It’s going to be a lot of fun.”

Prior to the concert, Post 410 will conduct a retired flag-burning ceremony at 6 p.m. U.S. flags that are worn beyond repair are, as directed by the National Flag Foundation, burned to ashes in a respectful manner.

“It’s a very, very moving ceremony,” said Stubblefield, who expects 300-plus people to attend the celebration.