Scotty McCreery is making sure to savor this upward swing.

McCreery was named “American Idol” in 2011 as a high school junior. After initial successes, his record label, Mercury Nashville, dropped him in 2016. But the 25-year-old country star is on a high again after a successful fourth album on a new label. 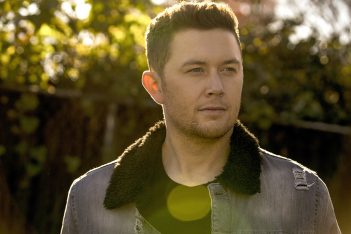 Scotty McCreery is set to perform at Kroger Symphony at the Prairie Aug. 9 at Conner Prairie.

“I’m not taking anything for granted,” he said. “When you are (the) ‘Idol’ (winner), all you know is successes. Everything was so good on the first tour, but that’s not real life. It’s going to be ups and downs and peaks and valleys, some stuff in between. You’ve got to enjoy the ups and not get too caught up in the downs.”

McCreery will perform at 8 p.m. Aug. 9 at the Symphony on the Prairie at Conner Prairie in Fishers.

McCreery said the concert is in support from his fourth album, “Seasons Change.”

“We’ve never really had the music working like it is now with the songs on the radio and everything,” he said. “It’s been uncharted waters for us but we’re loving life. It’s been a good ride.”

McCreery said this has been his busiest touring year in a long time.

“It’s been fun. It’s been a chance to get out on the road and see my fans,” McCreery said. “It’s amazing what a couple of songs that work out can do for you. Busy is a good thing.”

McCreery had two No. 1 hits, “This is It” and “Five More Minutes” from the “Seasons Change” album.

He co-wrote “Five More Minutes” after the death of his grandfather. The theme is spending five more minutes with someone or something one loves.

“One thing I learned through ‘Five More Minutes’ is we are all more alike than we are different,” he said. “I wrote that song from my point of view for my granddaddy and my life growing up. It’s been two years now and people say, ‘Five More Minutes’ helps me get through this.”

With that song, he became the first country artist to have a song reach the top 50 in the Country Aircheck/Mediabase Top 50 in 2017 without the backing of a record label. He later signed with Triple Tigers.

“This is It” is a song McCreery wrote with Frank Rogers before proposing to his high school sweetheart, Gabi. They married in 2018.

On his setlist is a cover of Hoosier John Mellencamp’s “Hurts So Good.”

“I think we’ll keep that on the setlist in Indiana,” McCreery said. “It’s probably my favorite song to sing in the whole set. The crowd loves it every single night.”