Carly Pearce has been on a dizzying pace the last several months.

“It’s been the craziest year because I’m juggling a lot of different things. I’ve been on tour 95 percent of my life. I’m planning a wedding, I’m finishing an album and getting married,” said Pearce, who is marrying fellow country singer Michael Ray later this year. “It’s the busiest as far as trying to do it all.” 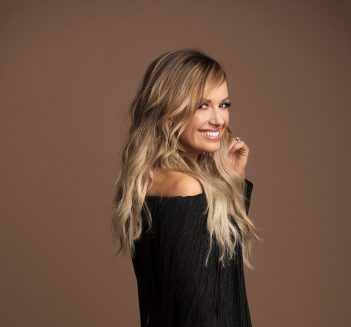 Pearce is one of the opening performers for Jason Aldean’s “Ride All Night Tour,” which includes Kane Brown. The tour stops at Ruoff Home Mortgage Music Center in Noblesville at 7:30 p.m. Aug. 23.

“Jason is super sweet and very welcoming,” Pearce said. “I don’t feel like I could be on a bigger tour. Jason is at the top of his game, and honestly, Kane Brown is a headlining act in his own right.”

Pearce was greeted by a bouquet of flowers from Aldean before the start of the tour.

“It’s nice to get a nod from Jason that he feels I’m the right artist to open his show,” she said. “It makes his fans aware of me and pay attention to me probably more than they would elsewhere. I feel very lucky to be able to do that.”

Pearce is completing work on her second album.

“We feel really good about it and are getting plans set to start releasing music,” she said.

The first single, “Closer to You,” was released In November 2018.

“It parallels exactly where I am in my life, meeting my fiancé and getting married later this year and all of that stuff,” Pearce said.

Pearce said her attitude is “the best song wins for me.”

“It benefits me where I am in my career to be aligned with people like Jason Aldean. That is giving me a jump start of having exposure with someone that big and that big of a crowd,” she said. “It helps me make my headlining shows more successful because people are seeing those tours.”