You are at:Home»Current in Carmel»Carmel Community»Congressional candidate won’t take donations in run for 5th District

Danny Niederberger is one of several candidates to recently announce a bid for Indiana’s 5th District in Congress, but his campaign might look a little different than most.

The 27-year-old Republican said he won’t accept donations but will pay for his campaign out of pocket. 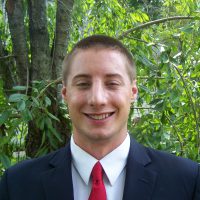 “For me, (expensive campaigns) don’t make any sense,” he said. “Why would you put so much money into electing an official when that money could go toward education or any of the other problems we have in our society?”

The Indianapolis resident is a Westfield High School and Purdue University graduate who works as a fund accountant for Miami-based Concise Capital.

“I’ve had people offer to donate to the campaign, and I explain why (I don’t accept donations) and they understand,” he said. “The most difficult part about running this campaign is going to be getting in front of people. I don’t want to be on your TV, I want to be in front of you, because I believe that’s what a Congressman should be.”

Niederberger’s campaign is built on five pillars: rights of the unborn, reducing government debt, supporting the second amendment, enacting term limits and reforming education. This is his first run for elected office.

“There are a lot of problems in this country, and we see a U.S. Congress that refuses to do anything about it,” he said. “I am running to bring trust, responsibility, accountability and leadership to Congress.”

U.S. Rep. Susan Brooks recently announced that she will retire from Congress at the end of her term. The 5th District includes all or part of Hamilton, Boone, Marion, Blackford, Grant, Howard, Madison and Tipton counties.

Noblesville resident Micah Beckwith, a pastor at Northview Church, also has announced plans to run in the Republican primary, and other candidates are expected to join the race soon. On the Democratic side, Dee Thornton, Christina Hale and Jennifer Christie are seeking the seat.