For Julie Chambers, it seemed the perfect way to increase her involvement in the state and community.

The 38-year-old Fishers woman was one of 24 Democratic women selected for the second class of Hoosier Women Forward. 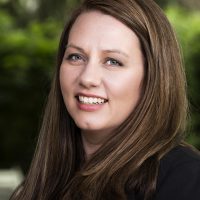 “It was designed to find and select leaders, or potential leaders, from across the state to develop a network of Democratic women,” Chambers said.

The class met for the first time Aug. 17.

“It’s exciting to be part of the class and meet some really strong, amazing women who are doing some great things locally and statewide within their communities to make things a little better for our towns,” Chambers said. “Just getting their experiences and learning from them, I’m really excited to grow and develop, learn more about the state, the Democratic Party, and we can best help in any way we can. There are women my age, there are women that are younger and women in their 50s and 60s.”

The women meet approximately once a month. There will be three-day trip to Washington, D.C., in April 2020. Graduation from the nine-month program will be in May 2020.

“It’s also to find leaders in the state supporting Democratic candidates and issues that we care about,” Chambers said.

For example, Chambers said she can call a woman she met in the class who has experience with an issue she is working on.

“It’s developing a network and resources to fix those things when they come up,” she said.

Chambers founded Chambers Law Office in Lawrence in 2012. She previously was deputy prosecuting attorney for the Marion County Prosecutor’s Office in Indianapolis from 2008 to 2012. She was elected to a four-year term on the Hamilton Southeastern Schools Board of School Trustees for District 4 in 2018.

Chambers and her husband, Sean, have two children, Emily, 7, and Morgan, 5.

Chambers heard about the group last year. She decided to apply this year and filled out essay questions and an application.

“We did an interview round and had to have reference letters from people in the community,” she said. “After they narrow that down, there is a vetting process. I think this year they had 90 complete applications they started with and ended with 24.”