You are at:Home»Current in Carmel»Carmel Community»Carmel med student spends summer learning in Kenya 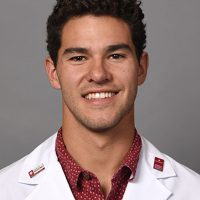 In Kenya, Buehler worked with an AMPATH team focused on reproductive health care. Buehler developed training materials for an Adolescent Health Empathy Training, which helps health care providers cater their services to the needs of adolescents.

When he graduates, Buehler wants to pursue a residency in emergency medicine and develop public health projects that help underserved populations, among other goals. He believes that his time in Kenya moved him closer to that goal, describing the trip as one of the most important experiences of his life.

“The two months I spent in Kenya were by far the most influential experience of my time thus far in medical school and some of the most enriching months of my life overall,” he said. “Every day was filled with both implicit and explicit learning about medicine, public health, solidarity and personal growth. I was challenged in ways I could have never expected and constantly interacted with some of the brightest and most inspiring people I’ve ever met.

“My Kenyan and North American counterparts served as tangible examples of what can be achieved when you work as a team to put your passions into action.”