You are at:Home»Current in Carmel»Carmel Community»Hamilton County officials split on need for tax to fund 911 communications center

City and town councils across Hamilton County will soon vote on whether to approve a .1 percent increase to the 1 percent local income tax to fund and improve the county’s 911 communications center.

The town council of Arcadia, a town of 1,600 people north of Cicero, recently voted in favor of the tax, triggering a process that requires it to be voted on by all Hamilton County city and town councils. To go into effect, councils representing more than half of the county’s population must approve the tax increase. That means if approved by Carmel and Fishers, whose populations comprise nearly 60 percent of the county, the tax would be approved and go into effect Jan. 1, 2020.

The proposed tax could more evenly spread the cost of funding the 911 communications center across all county residents. Currently, Carmel, Fishers, Noblesville and Westfield combine to pay more than $5 million to run the center, with a statewide user fee charged to phone users covering $3.6 million. The county, small towns and townships are responsible for less than $1 million. 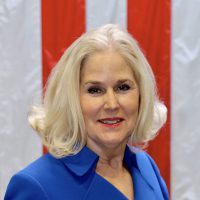 Previously, the county’s four largest cities helped subsidize the service for the small towns and townships, but Hamilton County Commissioner Christine Altman said officials from the large cities decided they no longer wanted to absorb those costs.

Now, Hamilton County’s small towns and townships are responsible to jointly contribute $500,000 annually, an amount determined based on the number of calls to an area. The county agreed to phase in the amount they owe, with $50,000 due in 2019 and the amount increasing by 10 percent each year until they are paying the full amount. In the meantime, the county is funding the difference.

But even with only 10 percent of the full cost due this year, the small towns are having a difficult time finding the funds, Altman said, partially because of state-mandated tax caps. And she doesn’t expect it to get any easier as their bill grows.

“Is it fair for the county to supplement the north versus the south (part of the county)?” Altman said. “We didn’t want to get into that, so we had to come up with a plan where everybody felt comfortable and everybody was paying their fair share.”

The 911 communications center, housed in the basement of the Hamilton County Sheriff’s Office, handles more than 300,000 calls each year. It began dispatching all police and fire departments in the county after Carmel, Noblesville and Hamilton County consolidated their dispatch centers in 2012. 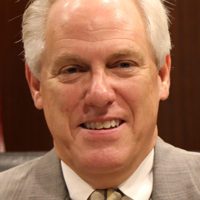 Rick McKinney, an at-large member of the Hamilton County Council, which handles the county’s finances, said he doesn’t believe the tax increase is necessary.

“We haven’t had a problem for the first five or six years (of consolidation), so we’re fixing a half-a-million-dollar problem with a $17 million tax increase,” he said. “It’s sort of like using a sledgehammer to kill a fly.”

If the tax is approved, municipalities will no longer be required to pay a service fee to use the 911 dispatch center because the tax will fully cover its operation. In Carmel, that means the city would have $1.8 million to use elsewhere.

The tax is expected to raise approximately $16 million annually for the county, which is $5 million more than its current budget, another concern for McKinney.

“There is no need right now for that extra money,” he said. “It will just go into an account and wait until the mayors and commissioner (who comprise the county’s 911 communications operations board) decide they need to spend it on something.”

Altman, who serves on the 911 communications operations board, and other county officials have proposed using some of the additional funds to pay for a new, freestanding 911 dispatch center. 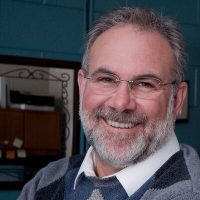 Jeff Schemmer, Hamilton County public safety communications executive director, said his department’s 90 employees are “stuck in cracks and crevices” in an area they’ve outgrown. A potential location for a new dispatch center has not been determined.

Schemmer said funds from the tax would also allow his department to upgrade technology and properly maintain equipment.

Altman, a member of the county’s 911 communication operations board, said she understands that nobody wants to pay new taxes but that this one is “the most palatable.”

“We are empathetic to both the taxpayers who don’t want to be burdened with any additional taxes, but we also need to be empathetic to the smaller communities that don’t have the same resources,” Altman said. “Those folks deserve the same service if they are in the county. I think this is a method to make sure that continues.”

The Westfield City Council will hold a public hearing on the tax Sept. 9, with Fishers set to hold one Sept. 16. In recent years, Boone and Hancock counties joined dozens of others across the state in adopting a similar tax.

No vote set in Carmel 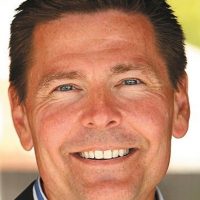 Carmel City Council President Jeff Worrell said he doesn’t know when the council will vote on the proposed tax increase, and he hasn’t determined how he will vote. He said he doesn’t like the idea of a new tax but that this one might make sense.

“Carmel, Fishers, Noblesville, Westfield – the big four – are carrying the load on (funding the communications center),” Worrell said. “One reason to do this, and I’m not saying it’s the only reason or a valid reason, is that every person in Hamilton County would pay the same for public safety.”