Brantley Gilbert’s albums all fit the chapters of his life.

“I feel I have it documented as I go, to a certain extent,” he said. “Of course, there are songs that are just put in for energy and flow.” 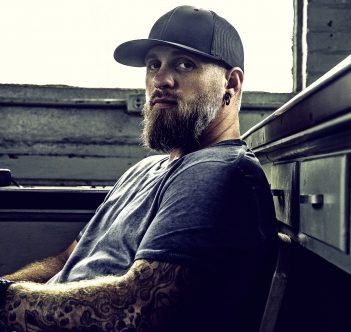 Gilbert, 34, is in the midst of his “Not Like Us Tour.” The country star returns to Ruoff Home Mortgage Music Center at 7 p.m. Sept. 21, exactly one year from his last performance in Noblesville.

One song on the upcoming album is “What Happens in a Small Town,” which he sings with Lindsay Ell. Michael Ray and Ell are the opening acts.

“It’s wonderful to perform that with her every night, especially with it going up on the charts like it is,” Gilbert said. “It timed out perfectly. Lindsay is an amazing person and performer. I have a blast watching her on stage. She’s a rocker. She fits right in. Michael Ray is a good buddy of mine. He’s been out on tour with me before.”

Gilbert is awaiting the birth of his daughter, who Gilbert said is due any day now. Gilbert planned a break, so he said so long as the baby isn’t too late, it shouldn’t affect his schedule.

“All the albums have been chapters of my life, and this one is no different,” Gilbert said of being a father. “When I write about my life, it’s bound to influence it. Overall, I think our style will stay the same. We’ll always dance outside the box. One of my favorite and most important pieces is this chapter life, in general, is going to change (with another child). It will make for some good songs.”

Gilbert said he always has songs in his head and some demos completed.

Gilbert said usually before an album is released, he is starts on the next one.

When Gilbert first arrived in Nashville, he enjoyed his first success writing songs for others while playing in smaller venues.

“We were playing motorcycle clubs, bars and college clubs,” Gilbert said. “We built a following we were all proud of before (Jason) Aldean cut those songs. When he did, it was an amazing jump for us, and it was a step up. We had to grind for quite a while. Since then, it’s been steady ride. We’ve been blessed with some awesome fans. We are going to ride this thing until the wheels fall off and then get us some new wheels.”

“It’s a passion my record label (Big Machine) president and I share,” Gilbert said. “I grew up around racing and have been a racing fan, in general. Definitely a NASCAR fan.”

Gilbert performed at the Indianapolis Motor Speedway’s 400 Fest before the 2017 race. In fact, the race was named the Brantley Gilbert Big Machine Brickyard 400

“It’s a legendary place,” he said of IMS. “It’s always a blast to head up that way, check a race out and play some music and see my mom’s side of the family (in Rushville).”

Gilbert is a strong supporter of the Wounded Warrior Project, which assists veterans with post-traumatic stress disorder.

“He inspired the first verse of ‘One Hell of an Amen,’” Gilbert said. “That’s the first time PTSD hit home. It was the first person I knew well (who had) it. Everybody’s got their heroes. Those guys and girls (in the military) are mine.”