You are at:Home»Current in Geist»Geist Cover Stories»Prost!: Lagers in Lawrence returns for second year

After a succesful 2018 debut, Indiana on Tap will bring the Oktoberfest-themed Lagers in Lawrence beer festival back to the city Sept. 21.

“It’s the event we are most excited about,” said Justin Knepp, founder of Indiana on Tap, an online destination for craft beer news, events and information. “Last year, we had 750 people there. We had a really good first year event as the only Oktoberfest-themed craft beer festival in the state.”

Knepp said a wide variety of beers will be offered

“There will be all beer styles, a lot of lagers there,” he said. “It’s a very German-themed fest. The city has been a very good partner.”
Knepp said there will be picnic tables and a Bavarian flag above the beer garden area. A DJ will play a mix of songs that includes polka numbers. There also will be a 10-piece polka band, along with the return of dancers from the German American Klub performing authentic German dances. 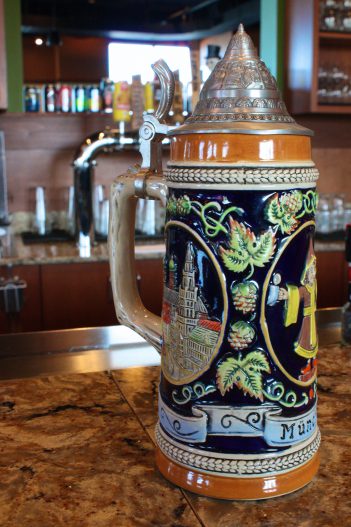 Lagers in Lawrence attendees are encouraged to bring their own beer steins to the event. (File photo)

“People loved it,” Knepp said. “The different, authentic German dances pulled the crowd into it.”

New this year will be a food tent with German-themed food and apparel.

Originally, the City of Lawrence approached Indiana on Tap to bring a craft beer festival to the city.

“We thought, ‘Here’s something totally different, let’s do an Oktoberfest theme,’ and we held it in the Civic Plaza in the heart of downtown Lawrence,” Knepp said.

Returning this year will be the stein-holding contest, in which contestants line up and hold a 1-liter beer stein, filled with beer, with an extended arm. A 5-foot tall trophy will be presented to the winner, which is the person who holds the stein the longest. Last year, Lawrence Mayor Steve Collier came in second place.

Attendees are encouraged to bring their own beer steins, although tasting cups will be provided. More than 25 Indiana breweries will offer unlimited samples of more than 150 varieties of craft beverages.

“This is just a fun event between the music, the German American Klub (and) the beer is great. You can bring your own stein and that’s fun,” Knepp said. “So many people dressed up in lederhosen. Twenty-five percent of the people at the event last year were dressed up.”

The first 300 people to arrive will receive a free German alpine hat.

“It’s trying to get people in the mood and spirit and trying to make it feel like its own craft beer version of Oktoberfest,” Knepp said. “This (festival) is different, and I respect it.” 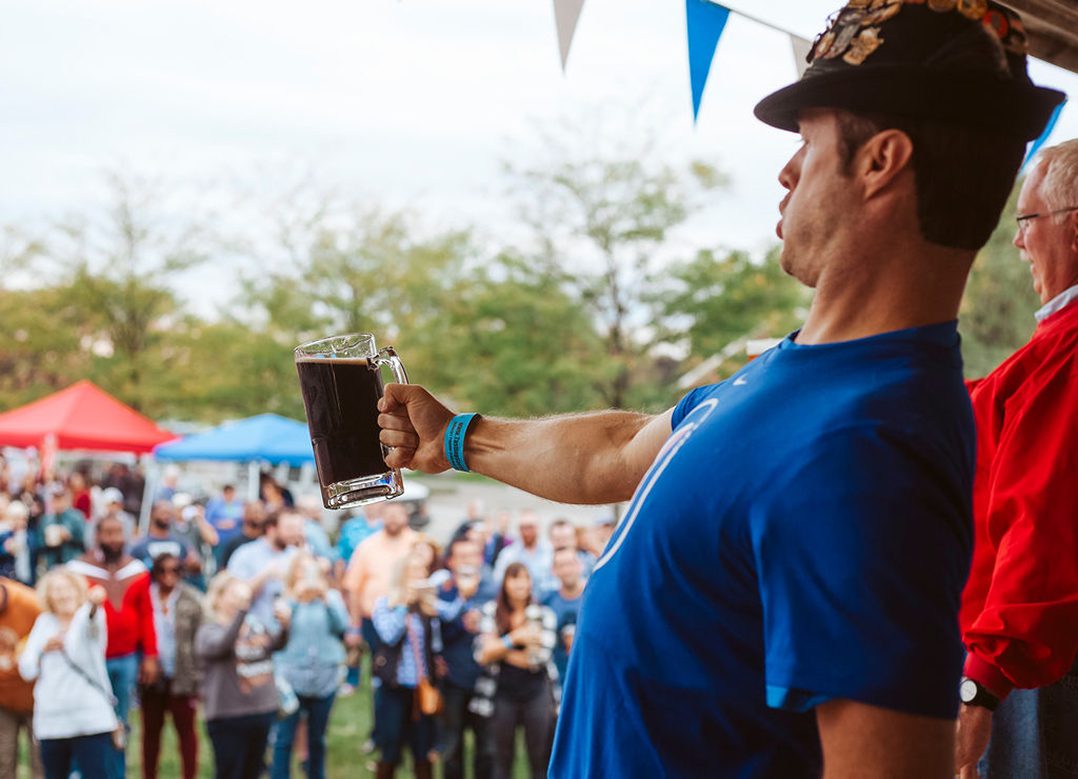 What: Lagers in Lawrence