You are at:Home»Current in Zionsville»Zionsville Cover Stories»Out of this world: Zionsville doctor sends osteoblast cells into space to study drug effects

Dr. Melissa Kacena and her team are continuing with the second phase of a two-part bone-healing study which involves mice and space.

Kacena and a team from the Indiana University School of Medicine planned two phases for a project. The first was to study femur fractures in 40 mice to learn the effects of bone-healing when introduced to weightlessness. The second examined results of two drugs when introduced to osteoblast cells in space. 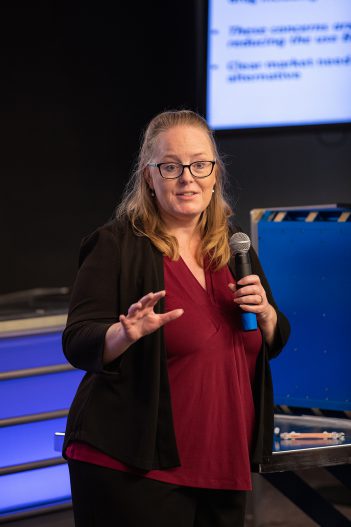 The first phase was completed in 2017. The second is ongoing.

Cells were launched on a SpaceX CRS-18 launch July 25 at Cape Canaveral, so that Kacena and other scientists could study the effects of a drug called bone morphogenetic protein-2, or BMP-2, which is commonly used to facilitate bone-healing in patients, and another called thrombopoietin, or TPO, most often used to increase platelets in blood that Kacena discovered can also be used to heal bone.

Dr. Tien-Min Gabriel Chu of the IU School of Dentistry co-invented the utility patent for the use of thrombopoietic agents for bone healing.

The osteoblast cells returned from space last month. An analysis should be complete by the end of the year.

Initially, the mice study was supposed to be conducted after the cell study, but because of problems with the cell spaceflight hardware that killed the cells, the order switched.
“We leap-frogged the order and did the bone-healing study first. We are still processing those tissues from the mice, and we are getting amazing data. It’s very interesting,” said Kacena, a Zionsville resident. “Some data was recently published in scientific reports. We are finding some very interesting things that are not yet published. We are seeing what we hypothesized.”

BMP-2, which orthopedic surgeons use for bone-healing, works through mechanical loading, so weight-bearing patients heal efficiently. The drug Kacena is proposing doesn’t require loading for the bone to heal properly.

“Ours has an advantage up in space flight, or if a patient is bedridden,” she said.

The cells in space will be used to examine the effects of BMP-2 and TPO.

“One of the reasons we are looking at this is BMP-2 has a risk of developing cancer, a small percentage,” Kacena said.

Other side effects of BMP-2 include overgrowth of bone, which can cause spinal fusion.

“If we can find something that doesn’t have these side effects, this would be a better process,” Kacena said.

If research proves the hypothesis, TPO could be highly beneficial for astronauts who spend long periods of time in space.

“If someone is bedridden or in space flight, they lose 1 to 3 percent of bone mass per month,” Kacena said. “Osteoporosis causes a loss of 1 percent per year. (Astronauts in space) are usually around 30 to 40 years old and they’re losing more (bone mass) in one month than somebody with osteoporosis loses in a year. Right now, we don’t think bone mass stops or plateaus, so they may lose a third of their skeleton (mass), so we knew that testing these drugs on these cells is a good first indication whether it will be helpful in an unloaded environment in space.”

The drug could also assist in healing fractures and benefit patients with osteoporosis or military veterans who have been injured while serving.

“That’s our overall goal, to improve fracture healing for all patients – the soldiers, people with osteoporosis or people in car accidents,” Kacena said.

Kacena said the drug patent was approved and the team is moving forward with pre-clinical trials. 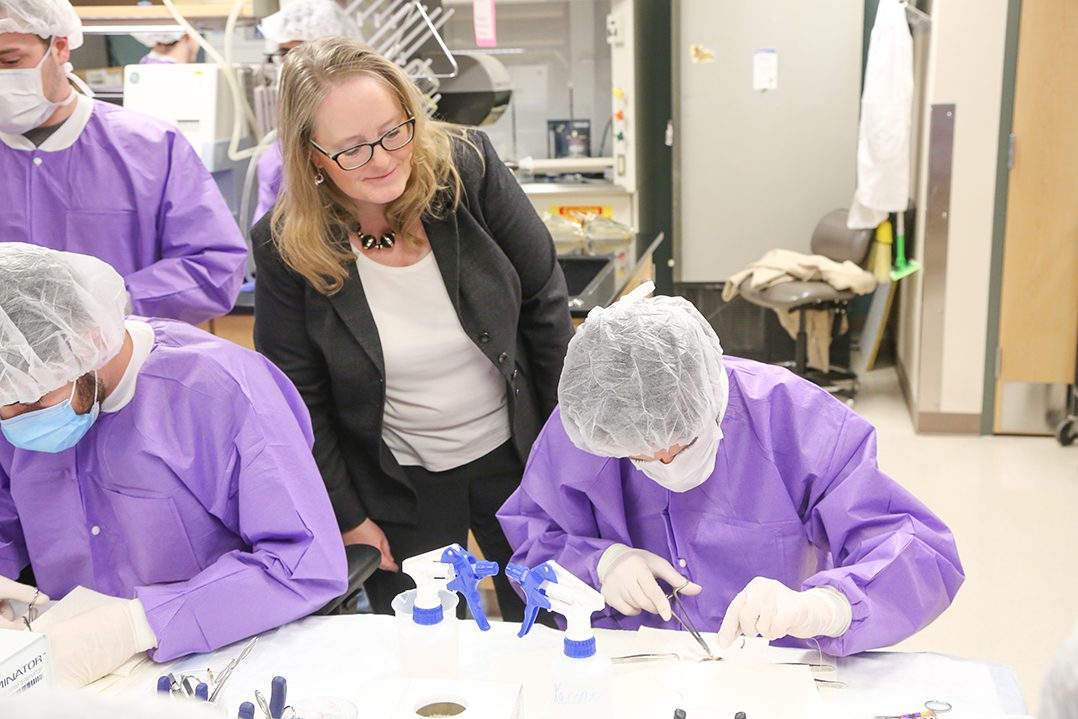 Melissa Kacena, center, observes as undergraduate Aamir Tucker, left, and post-doctoral fellow Paul Childress practice a surgical technique that will be used on 40 mice before they are launched into space for the first phase of a two-part project. (File photo by Ann Marie Shambaugh)

Although Dr. Melissa Kacena feels strongly about testing the effects of bone-healing drugs on mice and osteoblast cells in space, she also stresses the importance of STEM, or science, technology, engineering and mathematics, education for students. She invited eight Indiana University students to attend the space launch for the second phase of her project.
“I really care about STEM for kids in high school and kids in college. That’s why I really worked hard to give so many of my students the opportunity to come down there and see what was happening,” Kacena said.

Most of the students were medical students.

“Especially for me as I’m getting older, they’re going to be my doctors eventually, and I want them to be really knowledgeable. What we learn in the clinic we can translate it to out of the clinic, and vice versa,” she said.
For more, visit medicine.iu.edu/blogs/bone-healing-in-space/.