The life of medical professionals and physicians can be stressful. Between chaotic scheduling, an influx of patients and less time to see patients, being plugged into a large health system isn’t for everyone.

Some physicians see a shift occurring, where seasoned doctors and doctors just entering the field are seeking out smaller health organizations to avoid the feeling of being “a cog in the machine,” as Dr. Thomas Cartwright, chief medical officer at Witham Health Services puts it.

Cartwright, a pulmonologist, spent 24 years at St. Vincent, a much larger health system than Witham, the 104-year-old county health organization for Boone County, headquartered in Lebanon with offices in Zionsville, Whitestown, Thorntown, Jamestown, Frankfort and Crawfordsville.

Near the end of his tenure at St. Vincent, at a time when he said he wasn’t satisfied with his job, Cartwright got a call from a colleague at Witham who said it was looking for a lung specialist.

“I wasn’t really in charge of what I was doing (at St. Vincent),” Cartwright said. “Things were extremely busy, so when I got that phone call I was ready to make a change. I came here, and it was day and night.”

“I’ve been with Witham for 15 years,” Cartwright said. “While I enjoyed the intensity of (St. Vincent), it kind of got to the point where I felt like I was a cog in the machine. I think one of the reasons people gravitate to the smaller systems is because they have autonomy.”

Part of that is creating his own schedule and building it around what he sees is needed for his patients.

“In a big system, you join a big group of doctors, and they tell you what your schedule is going to be,” Cartwright said. “If you’re employed by the hospital, they say, ‘Here is what you’re going to do.’ When you move to a smaller system, they let you know that this is your practice, you run it how you want. Physicians have a lot of education, and they don’t necessarily like to be told exactly what to do. They love that ability to mold their own practice and to have support in doing that, which results in having more time to see patients and more time with colleagues and staff.”

Cartwright said although bureaucratic parts of the job are essentially the same across the board, smaller systems typically give doctors more say-so in everyday operations.

“We all have to be aware of changing medical practices,” he said. “There’s always going to be more red tape, more documentation, paperwork, authorizations from insurance companies, so that’s not really the reason smaller systems like Witham attract physicians. When doctors come here, they know they’re in charge. The overarching goal is to supply the community’s health needs.

“For example, there was no obstetric department (at Witham) initially, but we saw a need, and now we offer that service. As we’ve continued to build out medical staff, we’ve recruited a lot of people who have come here because they were frustrated with these other systems, or maybe they come here right out of school because they hear that they can be in control.” 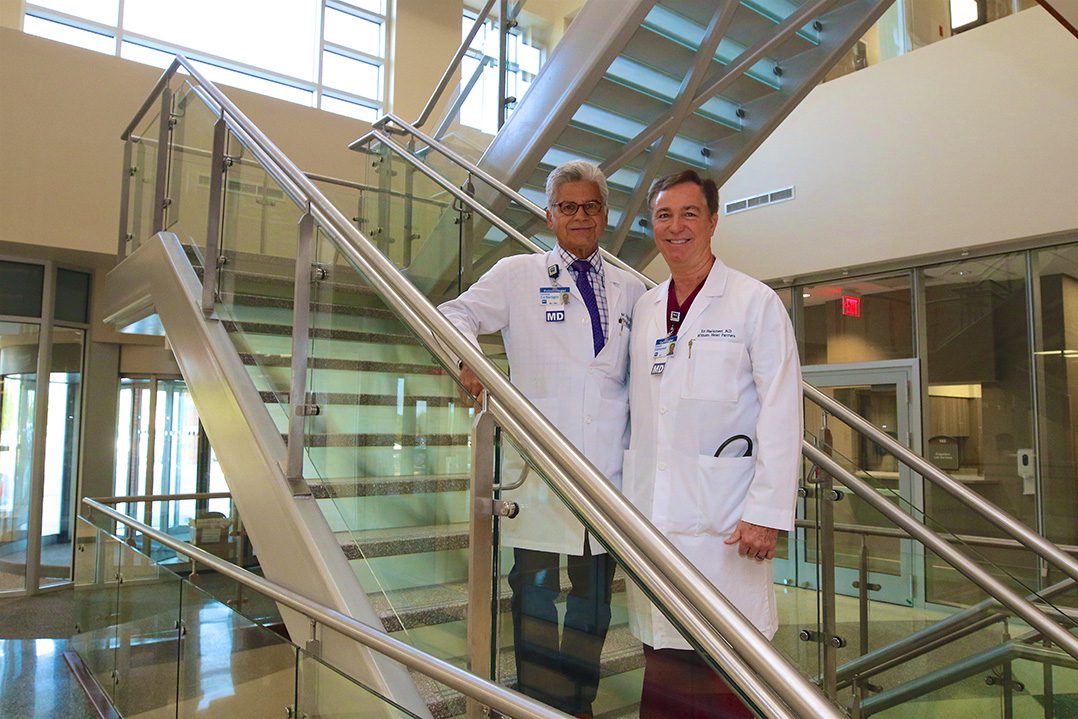 Personally, Cartwright said his career and overall job satisfaction have improved simply by knowing someone is listening.

“We have a very supportive administration that treats us like we have a partner rather than a boss,” he said. “At many small systems, leadership empowers physicians to make changes where they see fit. In my entire career at St. Vincent, I never really knew the administration and never saw them. I just came in, saw patients and left. At Witham, we have a small group of very good administrators whose doors are always open.

“If you have a problem, you can literally go in and tell them you need something. When you know you have that input, you feel respected and that you’re being listened to.”

Dr. Ed Harlamert, a cardiologist who has worked with Witham for two years, had a similar experience coming from a larger health system. He began his career with Community Health Network when it was still Community East Hospital. He then transitioned to IU Health, working there for 10 years to help start and grow Saxony Hospital in Fishers.

“It’s almost like if you see the word ‘network’ in the name, you’ve become such a large, corporate business that you’ve lost this professional relationship between the patient and the physician,” Harlamert said. “In today’s world and with today’s technology, 90 percent of everything a patient is going to need can be accomplished in a smaller hospital, near their home and by a doctor that they personally know and trust. The other 10 percent of it might require a super sub-specialization that would be better in a university setting or at a large Cleveland Clinic or Mayo Clinic environment.”

Cartwright said in the past few years, Witham has conducted an employee satisfaction survey. Physicians have consistently ranked the highest of all the departments in the hospital.

“Physicians who are happy in their practice lead to better patient satisfaction. It builds on itself,” Cartwright said “Also, physicians know one another better in this environment. There were doctors at St. Vincent who I never knew. Around here, it becomes personal and you have more of a team approach.”

Work-life balance is especially important to Harlamert, who has a 15-week-old baby at home.

“I’m having the time of my life, and part of the reason for that is I have partners,” he said. “When you use the word ‘partners,’ it’s more like this old-fashioned, professional feeling where we all help each other out. It really is kind of like farmers who used to help each other out when one got behind and would lend a hand. The physician culture and nursing culture here is amazing. If I don’t answer the phone because I have a baby bottle in my hand feeding my baby, all my partners step in to help me.”

“If a doctor only wants to work 70 or 80 percent, we usually can be very accommodating to that request because we want them to part of our team,” Cartwright added. “But still, it really comes down to how happy you are at work. That definitely resonates to your personal life.”