The concept for “Alabama Story” came to Kenneth Jones while reading The New York Times’ obituary of Emily Reed in 2000.

Reed, who was born in North Carolina in 1910, moved to Indiana as a baby. She grew up in Culver, where her father was a doctor and earned her undergraduate degree from Indiana University. She eventually became the director of the Alabama Public Library Service Division.

“In 1959, she was persecuted by politicians because she defend a children’s book about a white rabbit that marries a black rabbit,” Jones said. “In Montgomery, Alabama, and other places, the mix of races was not embraced. I was fascinated by it. I thought she was a big American character with big ideas and big drive to protect her world.” 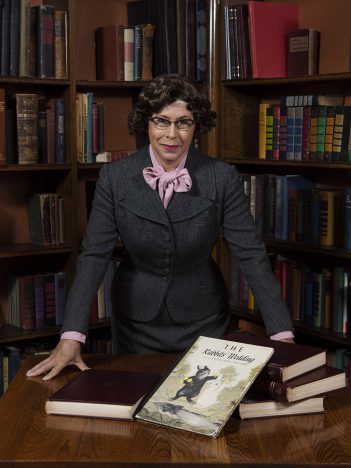 Actors Theatre of Indiana will present the Indiana premiere of “Alabama Story” Oct. 25 through Nov. 17 at the Studio Theater at the Center for the Performing Arts. Jones will be there for the opening weekend.

“Indiana is a main area for me because the main character is from Indiana,” Jones said.

“These people went to the extreme to stop integration,” Collins said.

Collins said Farrell brought the play as one of his choices to the table for the new season.

“He said, ‘Cindy you could be the librarian, and I can be the senator. These roles are really good for us,’” Collins said.

Collins said she had to read it twice to really sink into it and decided it was a great part.

“She’s kind of an unsung hero, very understated,” she said. “She did win the Freedom to Read medal right before she died. She knew it, but she died before it could be presented to her.”

“It’s technically very wordy, and her cadence is not natural to me,” Collins said. “It’s a distinct way the playwright made her speak.”

Farrell, 50, plays the character based on E.O. Eddins, who is named Sen. E.W. Higgins.

“He was a big segregationist in the lines of (former Alabama Gov. George) Wallace,” said Farrell, who was born in North Carolina and eventually moved to Chattanooga to an Atlanta suburb.

Farrell said it is difficult to repeat some of the racist lines, like “we stick with our own kind.”

“For some reason, it wouldn’t get in my head,” he said. “But growing up, I knew a lot of people that held these beliefs. I don’t think it’s indicative of just the South.”

“There are still lessons where we came from and how far we have to go.”

“Lily is a born and bred daughter of Alabama, her father is the head of cotton company,” Looney said. “She also grew up in a sheltered bubble.”

Jones created fictional character, Whitfield, and a black man named Joshua Moore, played by Cameron Bass, to illustrate the social environment of the time. Looney said her character and Moore were childhood friends.

“But they hadn’t seen each other in 20 years,” said Looney, a Huntington North High School and Ball State graduate. “It’s about coming to grips with what happened in the past. They see it differently because of their place in this era. It’s about how to move forward from there.”

Jane Unger, from Oregon, is serving as director. Unger was contacted just a few weeks before rehearsals began because the original director had to withdraw for family reasons. 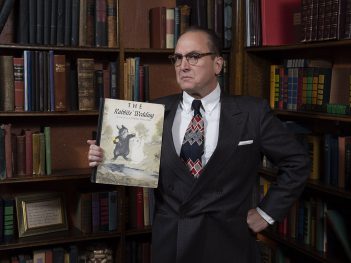 There will be talkback sessions with playwright Kenneth Jones, Carmel Christian Church Senior Pastor Jerry Zehr and other Carmel Interfaith Alliance members Oct. 25, which is being called Clergy Night.