You are at:Home»Current in Carmel»Carmel Community»Nurse and farmer from Atlanta enters 5th District race

A 30-year resident of Indiana’s 5th Congressional District has joined the 2020 race that will result in a successor to U.S. Rep. Susan Brooks (R-IN05). 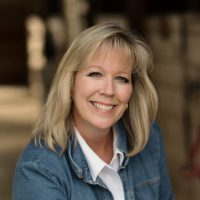 Republican Beth Henderson announced her candidacy for the seat Oct. 10. She is a former nurse and business owner and, since 1997, has been the CFO and managing partner of Achieva, Inc., a training company that provides educational programming in agricultural technology for farmers.

Henderson said her medical and agriculture background has driven some of the issues she is most passionate about.

“Being a nurse and nurse case manager with an extensive health care background, health care is not only important to me, but important to our country,” Henderson said. “Obamacare is not working, and we need to have a health care system that works. That means decreased regulations, increased transparency with cost and a free market so people can choose programs that are appropriate for their medical needs. I also support coverage for preexisting conditions.

Henderson said agriculture also is an important topic in her campaign.

“Carrying on the traditional family farm is a struggle and concern,” she said. “We need to pass trade agreements such as USMCA (United States-Mexico-Canada Agreement), and I will be a strong advocate for these types of policies benefiting farmers and agriculture that is key to our national prosperity.”

Henderson lived in the area in Cicero from 1990 to 1999 before moving to Zionsville. She moved to Atlanta in northern Hamilton County in 2007. She lives on a 118-acre farm, where she manages crops and livestock. She has been married to her husband, Terry, for 30 years. They have two children, Oliver, 26, of Westfield, and Amelia, 25, of Champaign, Ill.

“I plan to have very strong constituent services available in the 5th District. When not in D.C., I plan to spend my time in the district and bring the control back to the people.”