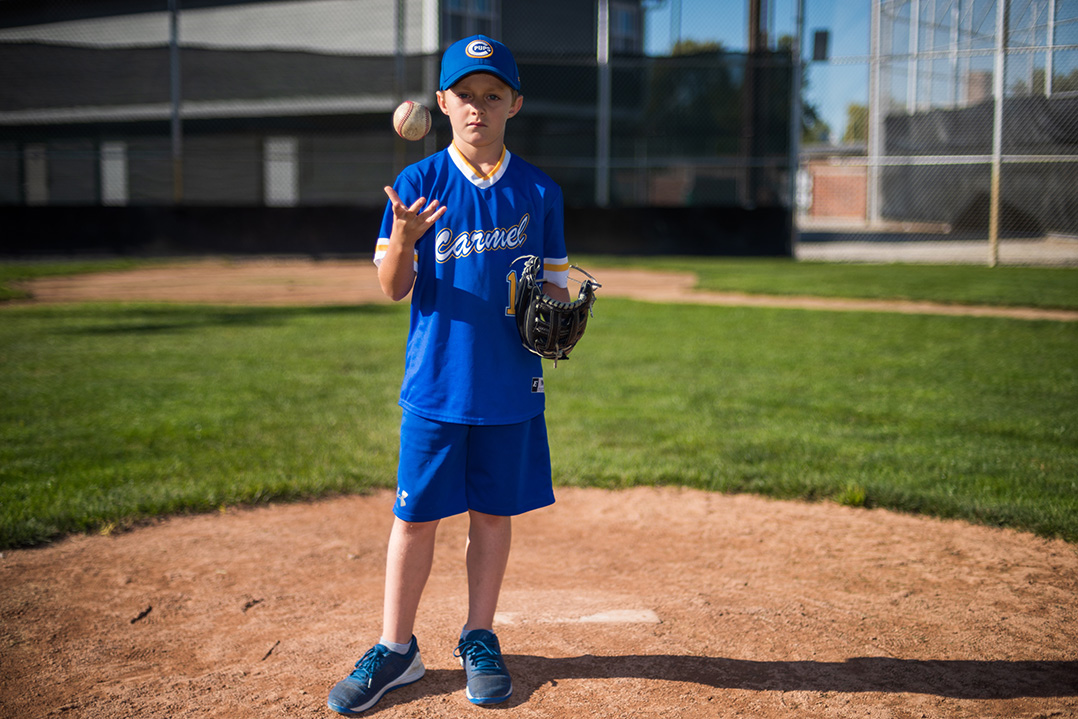 Baseball helps AJ Bradley deal with epilepsy, and he’s inspired his teammates and the community to fundraiser for epilepsy research and other causes. (Photo by Ben Stout)

AJ Bradley has faced his epilepsy with the same vigor he shows on the baseball field.

The Carmel Elementary School third-grader had his first seizure two years ago and had his second seizure in June. His mother, Alyson Harbor, said he was formally diagnosed with epilepsy after the second seizure and began taking medications.

“He doesn’t have any restrictions, but it is med-controlled,” she said.

Bradley, 8, has played on the Carmel Pups 7-and-under and 8-and-under travel baseball teams and will be on the Pups 9-and-under team this spring.

After his second seizure, the doctor told him to avoid contact sports right away.

“He burst into tears and said, ‘I have a baseball tournament, I can’t let my team down,’” Harbor said. “The doctor said since baseball isn’t a contact sport, he was OK to play baseball. Baseball has been a support for him.”

“We talked (about) how he was fighting this life challenge and used it as an example of fortitude,” Bailey said. “We talked about how we could use his leadership to help him with the diagnosis.”

When Bradley found out there was a National Walk to End Epilepsy in Indianapolis in September, he immediately had an idea.

“He said, ‘Mom, can we have a team and raise money to help people with seizures?’’’ Harbor said. “He did it on his own (and) created a shirt as an additional fundraiser. He let everyone know about it.”

Bradley named his team AJ’s All-Stars and designed shirts with a baseball and his jersey number.

Bradley created a video to put onto social media and helped launch a website to collect donations.

“Everybody rallied around AJ,” Bailey said.

Several of Bradley’s teammates and their families participated in the Walk to End Epilepsy, and several donated.

“He wants to advocate and raise awareness,” Harbor said. “I have people say, ‘My kid had seizures. Can I let them know AJ does?’ He wants other people to know. It’s something we want to normalize for him. It’s part of his life and we don’t want him scared of it. He wants to help educate others. He’s embraced it and made it something bigger than just him.”

Harbor said her son has played several other sports, including basketball, soccer and flag football, but baseball is his love.

“He really wanted to play football (this fall), but we wanted to make sure the meds were going to keep his seizures under control,” Harbor said.

Bailey said Bradley’s fundraising walk helped other kids think about ways to give back. Recently, one of Bradley’s teammates suggested donating hygiene products, blankets, books and toys to put in duffle bags for a project called Bags of Hope for children in foster care.

Most of the 22 members of the two 9-and-under Pups teams will gather Nov. 9 at Carmel United Methodist Church to stuff the bags.

Bailey, whose son, Preston, is on the team, said nine kids will be on the Pups team together for a third season.

Bailey said he often talks about what it means to have “Carmel” across the jersey and representing the community.

Bradley’s stepfather, John Harbor, is in his third season helping with the team.

“Scott is really big on building their baseball skills, obviously, but also building them into better people,” John Harbor said. “From the first year, he has talked about different things we can do in the community and get the kids active. His mission is to get them out there to do stuff that will build character. Not just fundraisers, but even on the field, he is real big about pushing sportsmanship and attitude. As coaches, we are not going to argue with umps. We’re going to show these kids how to be good sports.” 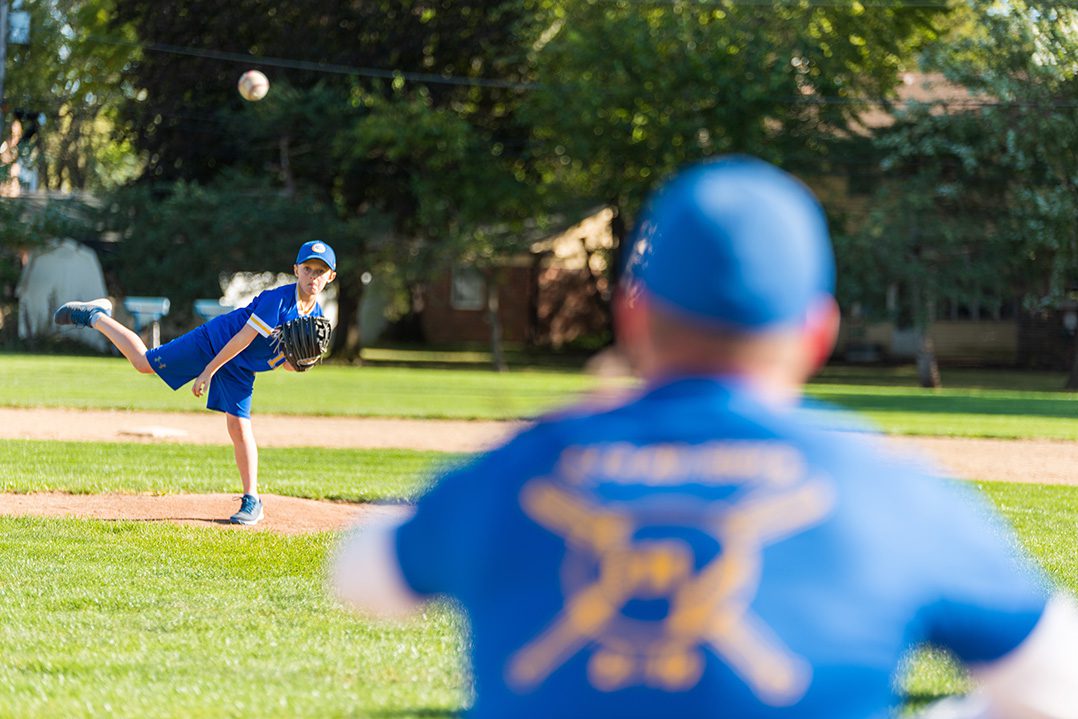 Why baseball is his favorite sport: “It’s a team sport, and you get to have fun.”

Favorite teams: “I like the (Pittsburgh) Pirates, but I like the (Philadelphia) Phillies as well, because they have my favorite player (Andrew McCutcheon).”