Although his inauguration is more than a month away, mayor-elect Chris Jensen said he’s already mapped out his plan for governing the City of Noblesville.

Jensen announced three members of his administrative team Oct. 28. A few days later, he released the “Noblesville’s Next Chapter” report.

After he won the primaries, Jensen and his team reached out to community leaders and asked them for feedback on his platform. He then sought their guidance with regard to community expectations.

“They reported back and laid out the report for us and how we govern Jan. 1,” Jensen said. “The themes in the report are we ran on infrastructure, the downtown, public safety and workforce. We just, if you will, fine-tuned that into a governing document. We wanted to make sure it was easy for the Jensen administration to tie back what we’re doing to what we talked about doing and what we heard from the community they wanted done. 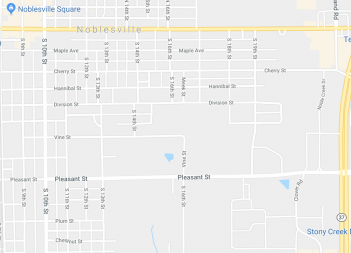 Jensen said infrastructure is his top priority.
“We have some catching up to do,” he said. “You cannot deny we have an infrastructure deficiency in the City of Noblesville.”

Jensen said now is the time to construct an east-west corridor in the city.

“If Indiana wants to be the Crossroads of America, Hamilton County has to be the Crossroads of Indiana, and we have to play that part,” he said, adding that he planned to improve Pleasant Street to add capacity for east-west traffic.
“(Widening) Ind. 32 is a long-term discussion and Westfield has already begun that, and the state is interested in upgrading (Ind.) 32, but we can’t wait 10 years for the state to upgrade 32,” Jensen said.

Jensen also regards White River as a major asset but notes that it causes the traffic issue.
“We can’t throw east-to-west roads in the city because there’s a river,” he said.
Jensen’s newly appointed Deputy Mayor Matt Light said all of Jensen’s campaign platforms are related.

“Those pillars affect one another,” Light said. “Infrastructure-needs impact how well we do in economic development, public health and safety.”

“If you want our downtown to thrive, you have to make sure people can get downtown,” Jensen said.

Although Noblesville’s Next Chapter report has been released, Jensen isn’t slowing down ahead of Jan. 1.

“We have a lot of work to do,” he said. “The next layer of staff needs to develop, a police and fire chief, and we need to hire a new communications director. There’s a few others we need to fill in to really get the team in place. We want to have them in place so we aren’t going to be looking for the bathroom on Jan. 1.

“We are going to be sprinting toward the next chapter on Jan. 1, which I think will give us a distinct advantage over so many communities across the state.” 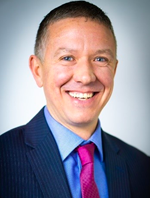 Matt Light: Light is the chief of staff for the State Board of Accounts. He served in several leadership capacities prior to that. He recently served on the Indiana State Bar Association’s Board of Governors and is a 2013 graduate of the ISBA Leadership Development Academy. He lives in Noblesville with his wife, Erin, and their children Savannah, Dakota and Luke. 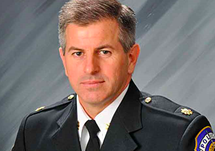 Chad Knecht: Knecht is the senior director of security and safety for the Indiana Pacers. He previously worked as a deputy operations director for the Indianapolis Metropolitan Police Dept. He is a graduate of the IMPD Leadership Academy 2011 class. He and his wife, Tracy, live in Noblesville. They have a daughter, Jordan.