You are at:Home»Current in Carmel»Carmel Community»Former Colts player aims to brighten the holidays for kids in need

Former Indianapolis Colts cornerback Marlin Jackson knew what it was like to be a child in need.

Jackson never knew his father, and his mother was addicted to drugs, so he moved from home to home. He had to fight for the life he wanted and now wants to help other underserved children do the same. The Noblesville resident formally founded the Fight for Life Foundation seven years ago but was doing similar work for the previous five years. 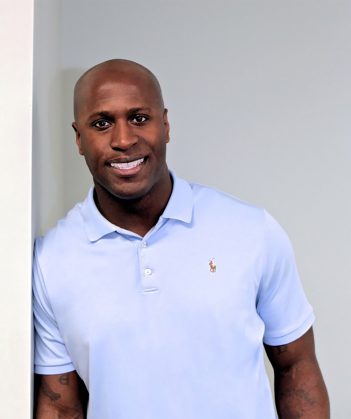 Jackson’s foundation has conducted a Christmas toy drive for more than seven years.

“We added on this additional component of the Be a Blessing Toy Drive to provide unique experiences and create unique moments for students to keep helping them and pushing forward to overcome the obstacles they may be facing in their lives,” Jackson said.

All central Indiana Orangetheory Fitness facilities, which include Carmel and Fishers, have drop-off bins for toys through Dec. 13. The toys will be delivered to Indianapolis Public Schools, Arlington Woods School 99 and Charles W. Fairbanks School 105. Jackson said there are other businesses with collection sites throughout the city. Along with toys, sports equipment, backpacks, arts and crafts materials and board games will be collected.

“We believe we’ll have more than enough toys for those schools, so we’ll end up giving to another DCS provider for a Christmas party for underserved children,” said Jackson, whose foundation serves as a Dept. of Children’s Services provider. “At the parties, we’ll be giving winter hats and gloves to all the students as well.”

Jackson, a University of Michigan graduate, played with the Colts from 2005 to 2009. He signed with Philadelphia in 2010, but that season was ended by an Achilles tendon rupture in mini-camp before he played a game for the Eagles. He was released before the 2011 season.

Jackson’s wife, Nikki, is from Indianapolis.

“During my time with the Colts, I was heavily involved and active in the community,” Jackson said. “The community became near and dear to me. Moving past athletics and looking to still make an impact in nonprofit (efforts), I found the best place to do that was Indianapolis with the traction I had being a former Colt. Nonprofit work is a lot of business development and business relations.”

Jackson is best known for his interception to seal the Colts’ 38-34 victory over New England in the 2006 AFC Championship game, clinching a Super Bowl berth. Jackson said he gets asked about that interception everywhere he goes.