You are at:Home»Night & Day»Entertainment News»Vereen ready to step out at Palladium
As Ben Vereen’s stage, film and TV has career spanned 50-plus years, the triple threat actor/singer/dancer is identified for different roles by various generations.
“I get tickled. I still get people saying I grew up to you on ‘Zoobilee Zoo,’ or I saw you on ‘The Muppet Show’ or ‘The Mike Douglas Show,’” said Vereen, laughing. 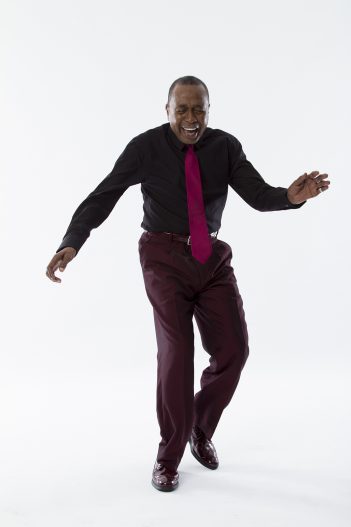 Nothing, however, is quite like performing in his own show.

“That’s gold. That’s the reward,” Vereen said of being on stage. “My show is my gratitude performance to my audience. They’ll see singing and dancing from the shows I’ve done and shows that I’ve wished I’ve done. I pay tribute to artists, my friends. It’s an evening of celebration of life. If I do my job, I hope to inspire somebody.
“What is a blessing for me is I get to spread the word of love and unity.”
The “Steppin’ Out with Ben Vereen” tour will stop at 8 p.m.  Jan. 18 at the Palladium at the Center for the Performing Arts in Carmel.
“I’m coming and celebrating with Michael Feinstein, who is keeping alive and preserving the American Songbook,” Vereen said.
Feinstein is the director of the Center and founder of the Palladium-based Great American Songbook Foundation.
“We have a mutual friend, Liza Minnelli,” Vereen said. “Michael used to come out to my house rehearsing his piano and learning the music of the Gershwins, long before he became Michael Feinstein when he was just Michael.”
Vereen, 73, received a lifetime achievement award from New York’s Gold Coast Arts Center late last year.
“It’s always humbling and takes me by surprise because I’m busy doing the work,” he said. “I share that with everyone who has been with me doing the work.”
Vereen had a breakout role, winning a Tony Award for Best Actor in Musical in “Pippin” in 1973. He was nominated for an Emmy for his role in the 1977 “Roots” miniseries. He recently had roles in “Bull” and “Magnum P.I.”
“When a TV role comes up that’s right, we do it. I’ll go to Timbuktu if the role is right,” said Vereen, who had a four-episode role on “How I Met Your Mother.”
Vereen works with an advocacy group, Americans for the Arts, which lobbies Congress and other officials to maintain public support for arts and arts education.
“I speak on the arts every chance I get,” he said. “The arts are the essence of our life. They are cutting away the arts everywhere and we have to stop them from doing that because our children are suffering.”
Vereen is working with a group called Care For the Homeless, which helps provide free medical treatment to the homeless.
“All they have to do is show up or we’ll search them out and make sure they get the proper medical treatment,” Vereen said. “Let’s come to the table, put our egos aside and fix this thing.”
Addressing the homelessness issue often means addressing mental health issues.
“It stems out of my compassion,” Vereen said. “I did a movie (‘Time Out of Mind’) based on the homeless. I learned a lot about the homeless. It’s about me getting into the arena and making my voice heard. Hopefully, in my little way, I change it and make life better for somebody. I can’t solve the whole problem. We must solve it together, but in my little way, I’ll do my turn.”
Vereen will perform in a benefit Oct. 1 with the New York City Police Jazz Ensemble to fundraise to help the homeless get off the streets.
His philosophy is simple.
“I love the idea of let’s get together to make a better world,” Vereen said.