A 2017 Carmel High School graduate is making musical waves in the Muncie community. 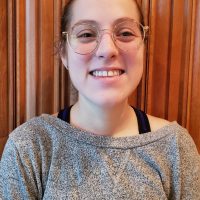 As a junior at Ball State University studying music media production, Emma Boyd-Ryan has immersed herself in Whitely, a diverse, low-income neighborhood on the east side of Muncie, by teaching middle school-aged students how to produce music.

The brainchild of Dr. Christoph Thompson, assistant professor of music media production and industry, Boyd-Ryan is one of nine BSU students to take part in a production workshop that consisted of installing a recording studio and control room – complete with professional headsets, instruments, mics and computers – inside the Boys & Girls Club of Muncie’s Buley Center and creating an after-school club, the Junior Producers.

Boyd-Ryan said she became involved after Thompson reached out to his students with plans to turn the project into a class. 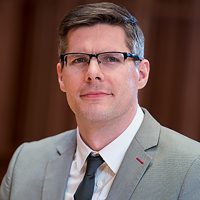 “I thought it would be a nice way to teach other people what I have learned and give them the ability to channel their creativity into production,” she said. “It’s so rewarding to know that we are passing down these skills to another generation so that they feel empowered to create. I think we’ve inspired and made a lasting impact on these students, who I’m confident will continue channeling their creativity into productive artistic works.”

Each of the 10 students worked one-on-one during weekly one-hour sessions with a BSU student to learn song structure, music theory, recording, technology and other disciplines for a final piece that included writing lyrics, playing instruments, singing and rapping

“I could see myself going into music production as a career,” said Allie McCroy, a sixth-grader with the Junior Producers. “I want to change rap and make it better through meaningful lyrics about life and family. I could also see myself in the future doing what these Ball State students are doing, mentoring kids who are going through a lot of stuff and showing them that they can do more in life.”

“It appeared to me that there was a real need for this project in the Whitely community,” said Thompson, who advises the project. “There are talented kids out there who deserve this opportunity, and we were in the perfect position to provide that opportunity through sharing our equipment and providing educational support.”

Boyd-Ryan said she the program drew interest of other kids who can hopefully join the club in future semesters.

“My favorite part of this project was that it gave people who may not have had the chance to get involved in music and music production a chance to try it,” she said. “There were many students that seemed to discover a true love of music production during this semester.

“It was incredibly inspiring to watch my students create their own nearly professional projects.”

Boyd-Ryan completed her time with the Junior Producers at the end of the fall semester and said the project will continue through BSU’s Audio Engineering Society.

“This upcoming semester it is going to be more of a volunteer/club basis instead of a class,” she said. “Perhaps in the fall of next year we will start looking at ways to extend this opportunity to other places.”

Per her own career as a music producer, Boyd-Ryan said she wants to work in a studio.

“Recently, I have found a love of jazz music, and I am hopeful that I can incorporate that into my career in some way,” she said. “This project has helped me to discover that I also really enjoy teaching and helping other people to discover their passions. I’m not sure how it all fits together yet, but I am optimistic that I will find something meaningful.”