Jud Scott had no plans to sell Vine & Branch, the company he started in 1976.

But his attitude was never say never when SavATree approached him.

“They contacted me late in the summer and said they were interested in buying my company, and I said, ‘That’s nice, because it’s not for sale.’ But I said, ‘I’m a businessman. If you want to talk, let’s talk.’” 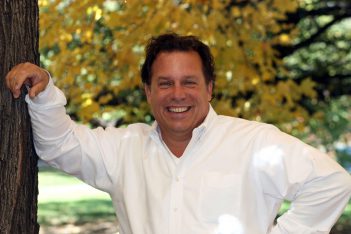 “I own the property, so I’m their landlord,” Scott said.

The changes allow Scott to concentrate on his other company, Jud Scott Consulting Arborist, which he has operated for 15 years.

“It’s been like I’ve had two full-time jobs,” he said.

SavATree hired all 17 of the Vine & Branch crew members. Scott expects the services to be co-branded as Vine & Branch and SavATree.

“It’s a good company. It’s safety-oriented, client-based, employee-based, which is just what we were,” Scott said of SavATree. “We were client-centric and tried to take care of our people. That’s what I felt good about, that this was that kind of company.”

In addition, SavATree will add lawn care and tick and mosquito treatment services.

“There are a lot of things like that that are popular right now, but Vine & Branch wasn’t big enough to do it,” Scott said.

“Their consulting is more municipal, and mine is more dispute-resolution,” he said.

Scott works all across the nation as a consulting arborist.

“If there is a dispute over a tree, I work for one side or the other,” Scott said.