You are at:Home»Night & Day»Restaurants»Column: Warm up with these winter whiskeys

Fashion choices, wine and spirits become darker in the winter months, and local restaurants and bars are taking joining the trend. Here’s a guide to navigating some of the best local whiskey selections in Hamilton County. 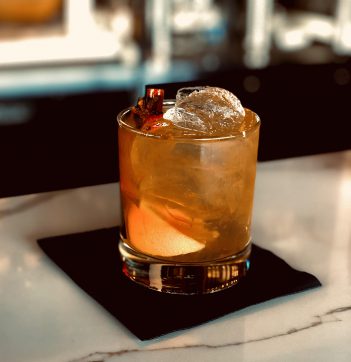 Customers may be more apt to think of ordering wine when dining at an upscale Italian restaurant, but Convivio Italian Artisan Cuisine’s Winter Old-Fashioned ($15) may change minds. Convivio’s take on an old-fashioned is a punchy rendition of the traditional cocktail, combining a blend of the restaurant’s house-made gingercello, Knob Creek Rye, 1821 Apple Cardamom Shrub, Woodford Reserve Chocolate Bitters, a muddled orange and garnished with a cinnamon stick and star anise.

The drink goes down amazingly smooth and warms you inside out. Pair with a hearty serving of pasta. 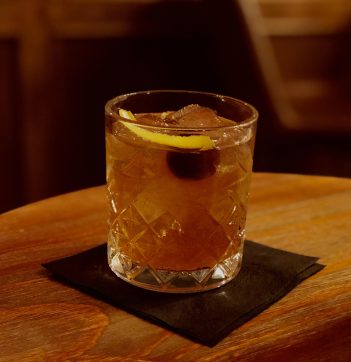 Pictured, the Private Selections flight has flavors of, clockwise from left, Whistle Pig Rye with a citrus nose and notes of vanilla, light toast pear and almond; Woodford Reserve with notes of honey, brown sugar, vanilla and a malted finish; and Knob Creek Rye with notes of butterscotch, cinnamon, bergamot and spearmint.

For a decadent splurge, try Whistle Pig’s 18-year rye for $81. The libation has an elegance and balance for a well-rounded, softer whiskey. Order it neat with a side of ice to sample each flavor profile because ice or water will opens the flavors. 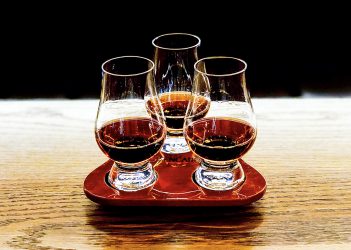 The Broken Barrel uses syrups in its drinks instead of muddled fruit. The New Old-Fashioned cocktail is garnished with a lemon swath and a Bada Bing Cherry.

Nestled in a small room next to Wolfie’s Grill in Carmel, The Broken Barrel has speakeasy vibes with its wood tones, exposed brick wall and leather chairs. A lone television continually shows black-and-white classics with no sound, and swing music plays in the background. The bar offers 95 kinds of whiskey and an expansive cocktail menu, and even new whiskey drinkers will find something they like, usually in the Dave’s Golden Rip-off ($9), a blend of Larceny Bourbon with Domaine de Canton ginger liqueur, lemon juice and an organic honey shrub. For seasoned whiskey drinkers, try a flight of Japanese whiskey for $40, which features 1.5-ounce samples of Nikka Coffey Grain, Nikka Coffey Malt and Nikka Pure Malt. Flights are generally served with a side of ice.

For cocktail lovers, try the Basil’s Dark Manhattan ($10) made with Basil Hayden’s Dark Rye, a velvety whiskey blended with port.