Susan Boliek Smith was a teenager when the movie “Saturday Night Fever” was released.

“I remember when that movie came out in 1977 and it just absolutely rocked the world,” Smith said. “Disco changed everything. Suddenly, dancing was cool. It was just the music we listened to and the clothes we wore. I loved the disco age.” 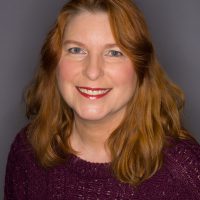 “I’ve been working with Beef & Boards for several years, and when they come across a role they think I might be suitable for, they contact me directly,” Smith said. “I’ve always told the casting director that I love working there so much that I will do anything, even if it’s standing in the corner holding a plant.”

Smith will reprise her role of Sister Berthe in “Sound of Music” at Beef & Boards May 14 to July 3.

Fittingly, Smith, a Carmel resident since 1995, is a member of Our Lady of Mount Carmel Catholic Church.

“It’s about the young people and dancers, but I’m glad they decided to put the family members in the plot as well,” Smith said. “Everyone in the cast sings, even when you are not on stage. Flo doesn’t have any solo songs. She is there in the context of setting up the conflict of Tony and his brother, who is a priest who left the church, and the release that dancing gives him.”

The musical features several songs by the Bee Gees and other hits from the movie.

Smith said the young dancers and singers in the cast are tremendous.

“Everybody is going to be dancing in the aisles. You just can’t help yourself,” Smith said. “The younger performers are trying to learn the songs, and I have those words memorized. It’s this uplifting, just for fun kind of musical.”