You are at:Home»Current in Carmel»Carmel Community»Carmel 1995 All-Star to receive basketball honor

It was fitting how Lisa Williams Burgess heard the news of being named to the 2020 Silver Anniversary Team.

“It was a pleasant surprise when Judi (Warren) called me,” said Burgess, whose maiden name is Williams. 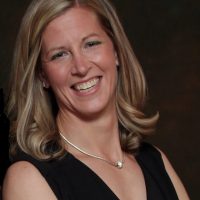 “Judi vacations down here, so we try to see her every couple of years,” said Burgess, who lives in Columbia, S.C. “I try to keep up with my Indiana connections.”

Burgess was a 1995 Indiana All-Star as a senior. That capped a special year as Carmel reached the state championship game before losing to Huntington North, 43-39.

“That was by far the most special season,” Burgess said. “The first part of the season was rough. We went to a Chicago tournament, and that was the turning point to decide we needed to get our stuff together. We had a real good second half of the season and had a great run in the tournament. We had a good group of seniors and decided to lead us into something better than what we were doing.”

The state semifinal against Washington was special, too. The tournament was then a single-class format.

“We were down 18 points in the semifinals and came back to win (75-74), which was one of the biggest turn-around wins at the time,” she said.

“It wasn’t our most talented team; it was our grittiest, hard-working team,” she said.

Burgess, who scored 1,266 points at Carmel, went on to top the 1,000-point mark at the University of South Carolina, too. She is a middle market banker for Wells Fargo in Columbia. She returned to the city of her alma mater seven years ago.

As an Indiana All-Star, Burgess was a teammate of Purdue standout Stephanie White, now the coach at Vanderbilt University.

“When they come to Columbia, I take my girls to see the team and she is always gracious to let them have access to them as well as (the University of South Carolina) Gamecocks,” Burgess said.

Her two daughters, Courtney, 12, and Emily, 9, play basketball and other sports.