After well more than a year of construction, renovations and additions to Westfield Intermediate School and Westfield Middle School are complete, save for a few punch-list items.

The innovation center, also referred to as the library, was moved to the center of the building to be a central hub for students. 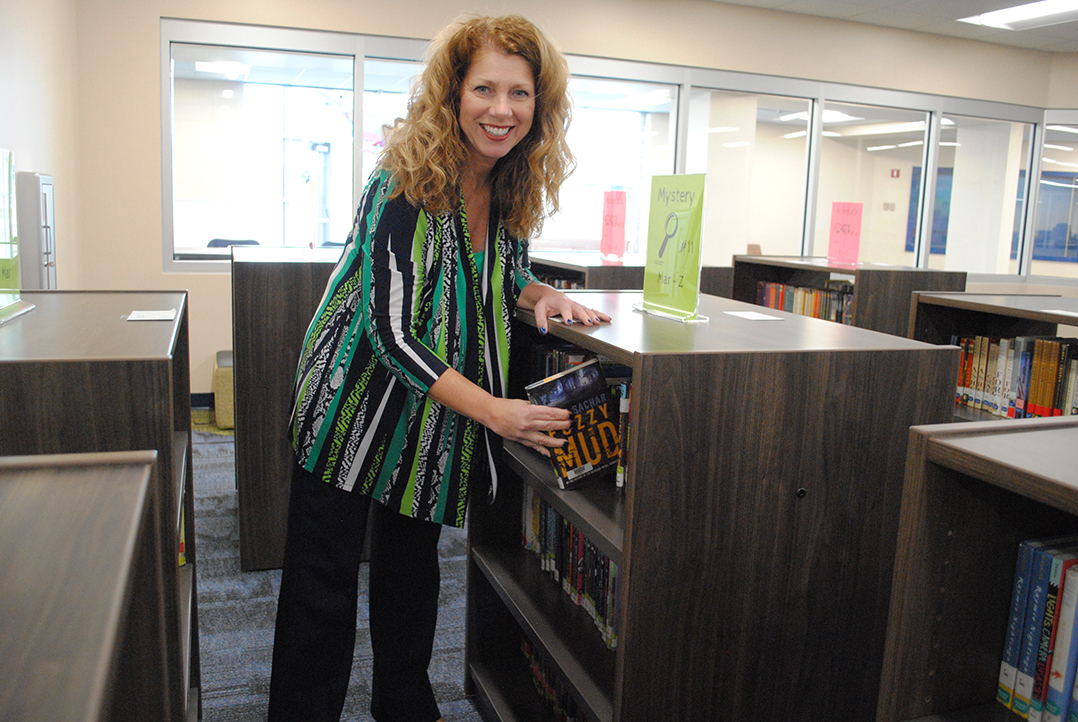 “We never really had a hub area,” Patchett said. “This space is an incredible layout.”

The room mirrors the Krannert Memorial Library space at the University of Indianapolis.

“We have breakout rooms with whiteboards and TVs, and it’s just a private area where groups of kids can work,” Patchett said.

All bookcases in the innovation center are mobile. 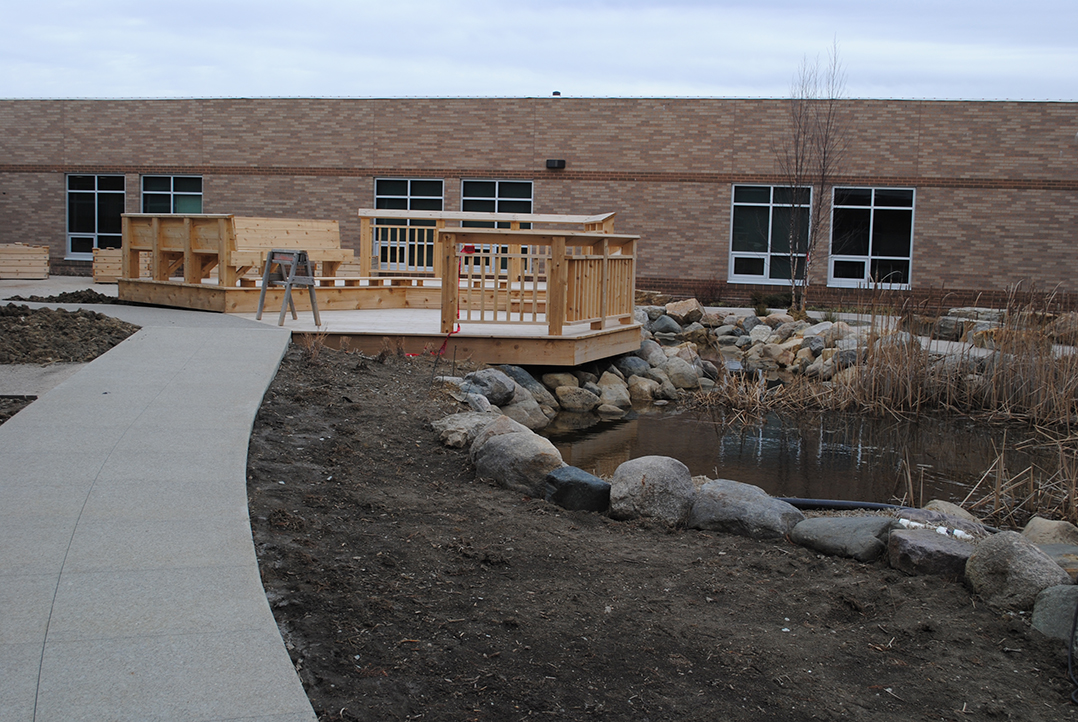 A deck and pond area is an outdoor environment for students to work.

A door across the hallway from the innovation center leads to an outdoor deck and pond area. There will be six garden boxes for science classes.

“Kids can go out there (to work), and we’ve created seating out there,” Patchett said.

Other amenities include an announcement studio for WISTV announcements and a new art room. The school now has three.

Some rooms won’t be used. They are reserved to accomodate future growth. 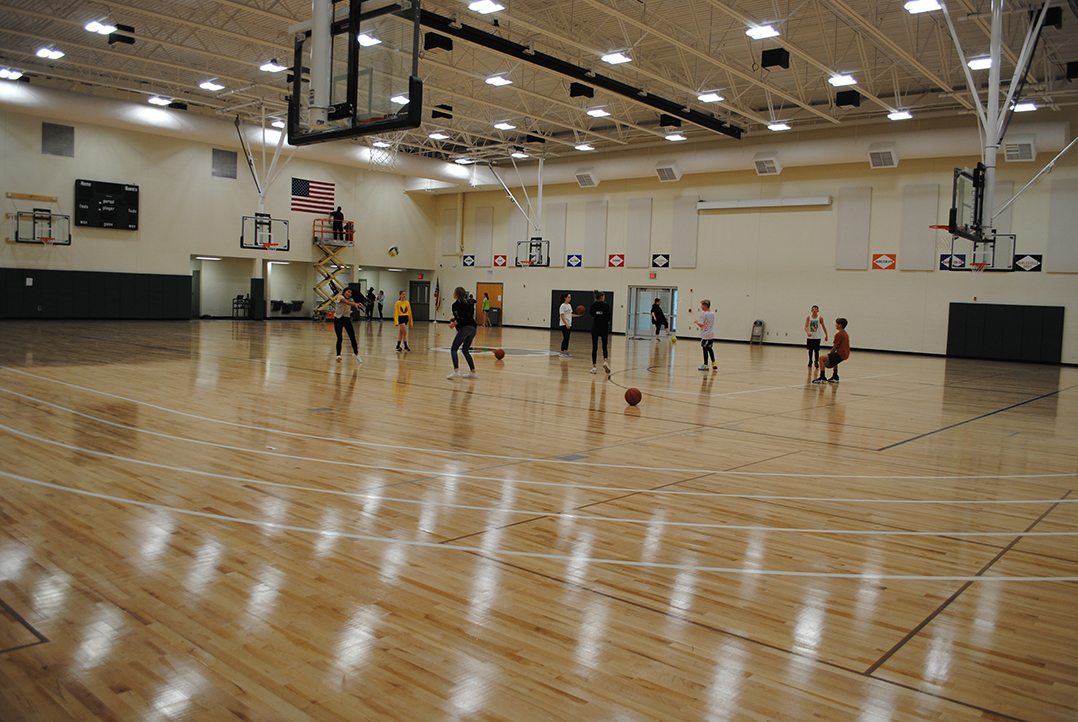 “It was forward-thinking,” Patchett said. “We needed another art room, and we have three choir rooms now instead of two. We added a gym and new classrooms to support two new teams (of students). We currently have eight fifth-grade teams and eight sixth-grade teams, and now we have enough space for nine and nine.”

Students are split into triads, or pods of three classrooms, also known as teams. A new hallway connects to the classrooms.

Another feature is a set of breakout rooms in each hallway for students to work.

“You used to be able to see kids lining the hallways (working), and now they have spaces they can go to,” Patchett said.

At the middle school, there’s now a secure front entry for visitors. The previous front office was transformed into a counseling wing.

“Prior to construction, you would buzz in and go into the office but have access to the whole building, and we now have a secured access-entry point,” Principal Mike Hall said.

The WMS cafeteria was renovated to include a serving area with a live grill.

“They do live-grill cooking with black bean burgers, hamburgers, Chinese food, teriyaki,” Hall said. “It smells delicious, and the kids get really excited.”

“Project Lead the Way has two classrooms and, in the middle, there’s lab space,” WIS Principal Annette Patchett said. “Before, students were working out of normal classrooms and not design space.”

At the middle school, an old band room was converted into a PLTW classroom with lab space.

“There’s two classrooms on each side, and they’re outfitted for the class,” WMS Principal Mike Hall said.