You are at:Home»Current in Carmel»Carmel Community»Small aims to change GOP in run for 5th District

To say Mark Small is unlike other Republicans is an understatement.

The Indianapolis resident and attorney last month filed to run for Indiana’s 5th District Congressional seat, a race that has 24 total candidates. The seat is held by Republican Susan W. Brooks who announced last year she would not seek reelection. 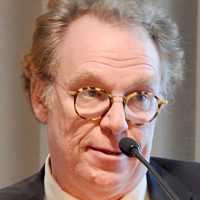 “I run as a Republican to rally rational people to retake the GOP. The hatred of the current cult of personality has to be stopped,” Small said. “This country is significantly polarized. The roots of anger, held predominantly among older white males, are hard to ascertain. This demographic, to which I belong, has had greater benefits than nearly any other demographic in history. The United States was tremendously affluent when I was born.”

Promoting a multi-tiered platform, Small said, if elected, he plans to work toward reducing military spending, lowering health care costs, banning assault rifles, protecting abortion rights and securing elections. Small also said he believes in legalizing drugs, taxing their sale and providing treatment for addicts as opposed to incarcerating them. In addition, he said he likes the idea of reverting to the tax rates of the 1950s.

“‘I like Ike’ was President Eisenhower’s campaign slogan in the 1950s,” Small said. “That slogan worked, as did the tax rates under President Eisenhower. Unfortunately, the very wealthy later redistributed wealth so that more money was in fewer hands. I advocate a return to the 1950’s tax rates when the United States enjoyed great economic prosperity.”

In his legal career, Small has worked on several high-profile cases, including two U.S. Supreme Court Cases and, more locally, the First Church of the Cannabis v. State of Indiana. He also has taught seminars.

Small graduated from Western High School in Russiaville, DePauw University and from Indiana University. He has a law degree from IU. He has written three novels and was a stand-up comic from 1982 to 1985.

Learn more by following Small on Twitter at twitter.com/marksmall1973.