In the past three decades, Karen Lindner has grown her tutoring business from the laundry room in her Carmel home to a thriving learning center in the heart of the city’s Arts & Design District. 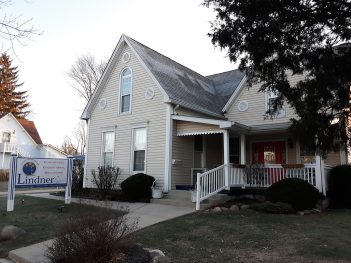 It’s quite an accomplishment for someone who graduated from high school struggling to be able to read.

Lindner was diagnosed with dyslexia as a teen in the 1960s at a time when the diagnosis was just emerging. She felt relieved to have an explanation for her learning differences, but resources to help her succeed were scarce.

“I have a big-engine brain, but I was thrust into the very most handicapped group of children who were my peers,” Lindner said. “You have to offer dignity to these big, big brains, because you don’t get it other places.”

Lindner became a student of the Orton-Gillingham program, one of the first multi-sensory remedial strategies to address reading and spelling weaknesses. She later became certified to teach it, which she has done since she began tutoring students in 1992.

Her experience helps her relate to the students and families who flock to Lindner Learning Center from Hamilton County and beyond. The center, which moved in late 2018 from Fishers to 141 N. Range Line Rd. in Carmel, offers tutoring for all ages and customized school programs to individually support students through an accredited middle school and high school curriculum. 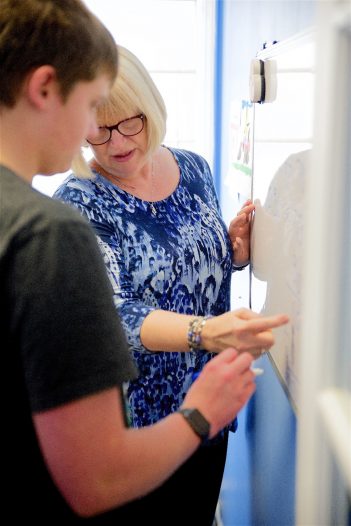 Many students turn to Lindner for help in specific areas of struggle, while others complete all of their coursework through the center. Testing is not allowed, and neither is homework, unless students initiate it themselves.

Lindner Learning Center has been a perfect fit for Jackson Breman, a senior who struggled during his time at North Central High School in Indianapolis. Breman initially took only math courses at Lindner but has attended full time for three semesters.

“I’ve been able to retain a lot of the information I’ve learned, and since then I’ve been able to get a much better GPA and much better qualifications for college,” Bremen said. “Without it, I feel I would’ve been stuck in a rut, because I felt I wasn’t succeeding at a larger high school.”

Studying at Lindner has helped beyond academics, Bremen said.

“I was incredibly stressed out at my old high school from anxiety about peer pressure and not being able to socialize with others I don’t know very well,” he said. “Once I moved (to Lindner), I found myself developing a little more of a social life and being able to talk to people more willingly. It’s improved my mental state. Overall, I’ve been succeeding at life a lot more since I moved here.”

Bremen is on track to receive his high school diploma in May through IU High School, one of several curriculum options available at Lindner Learning Center. He wants to study biomedical or mechanical engineering in college.

Lindner, a Noblesville resident, said academic programs are customized for each student at a level that isn’t possible through traditional educational institutions.

“These (students), the undazzling kids that don’t do well in school but are so smart and capable, are stuck (in traditional school) for years, and it takes a big chunk out of self-worth,” Lindner said. “The bottom line for what we do is we meet them where they are. We see them as perfect and exceptional children when they come into our center.”

Lindner’s daughter, Erin Lindner Uber, is the center’s assistant director. The Lindners regard the center’s students and 20 teachers as family, too, which is among the things they feel set them apart from other learning centers.

“We were terrified at different times throughout the years when a big franchise would come in. We’d think, ‘How are we going to fare?’” Uber said. “We’re not busting at the seams, but we’re robustly healthy in what we’re doing.” 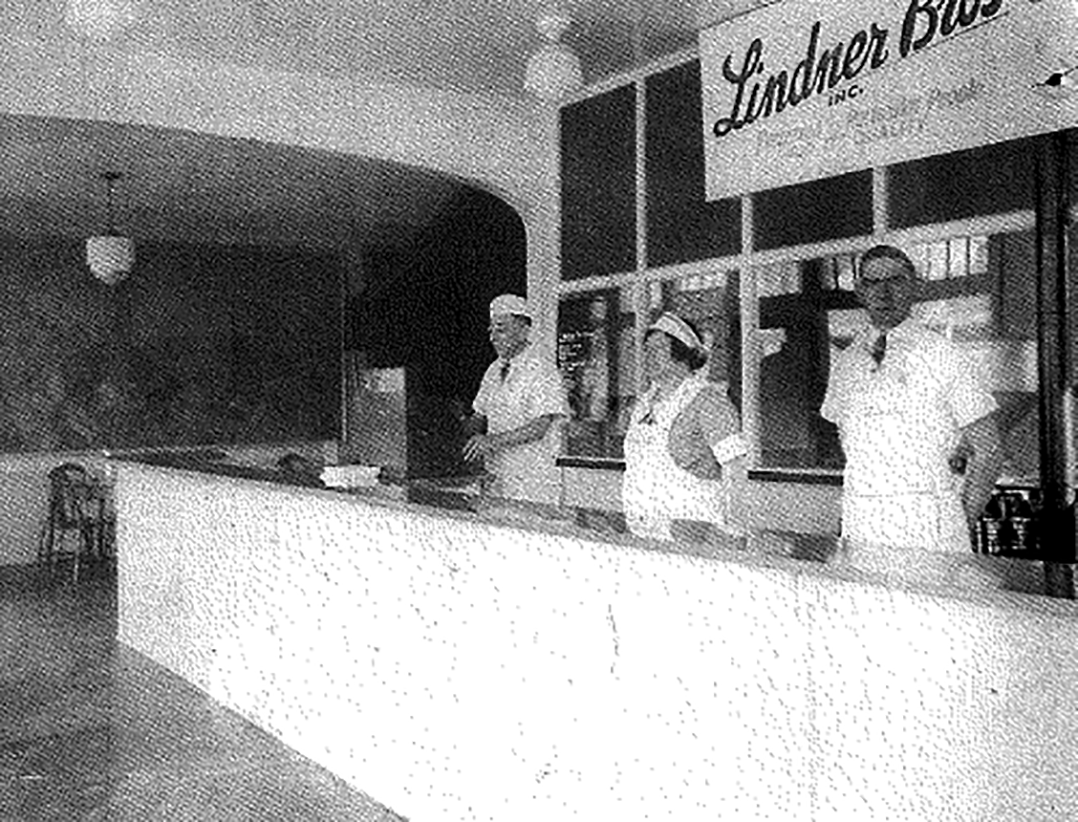 Karen Lindner, founder and director of Lindner Learning Center, was not the first dyslexic member of her family to find success.

Her father, David Lindner, owned 42 Lindner’s Ice Cream in the Indianapolis area. The shops were a staple in the community for decades, with the last one closing in 1992. David Lindner owned the shops until 1982.

David Lindner, who died in 2016, discovered he also had dyslexia after his daughter was diagnosed.

“My father was the perfect ice cream manufacturer as he loved his work and received national first-place awards for his ice cream. He was the happiest, most positive person any of us knew,” Karen Lindner said. “He was also dyslexic and had that smart entrepreneurial brain. I called our family home to be with him as he died at the age of 94. In true form, he was delighted to see each of us, lifted us up with encouraging words and thought we were on a cruise together.”

Lindner Learning Center honors its family roots in the community by displaying a towering Lindner’s Ice Cream sign in its lobby.