You are at:Home»Current in Carmel»Carmel Business Local»Great Recession layoff leads to founding of Carmel’s PrecisionPoint

Mark Hanna had been a successful account executive and sales engineer in the auto industry in Detroit before moving to Carmel in 2008 for a unique opportunity. 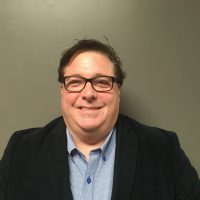 “I was selling innovative technology that measures buildings in 3-D laser for FARO Technologies,” Hanna said. “At the time, no one else was doing this amazing technology, and it’s going to change the way buildings are measured and used. I was in the job a little over a year. It was a dream job working out of my home.”

On his 40th birthday on April 7, 2009, he got a rude awakening when he was notified that he was laid off during the Great Recession.

“I took the rest of the year to rediscover myself,” Hanna said. “There weren’t any jobs of the caliber of job I had. I felt I was at a crossroads in my life. I could pursue something I was meant to do or simply get a job to take care of my family. Through that experience, I ended up coming up with the idea for PrecisionPoint.”

Hanna, who is president and CEO, decided to start his own company to provide the service of measuring buildings. The Carmel-based company is celebrating its 10th anniversary this year.

“Nobody was doing it as a service,” he said. “I can scan your building for you, for capital improvements, for architects and general contractors to take a 3-D scan of a building that is going to be renovated.”

Hanna wanted to keep his family and business in Carmel.

The last hurdle was getting the 3-D technology system, which cost approximately $250,000. When he was employed at FARO, he sold a system to Vincennes University. It was purchased with an Eli Lilly grant for the architecture and land surveying department.

“They offered to let me use the technology to start my company. (They said) when my company became successful to donate money to the university for a scholarship program for the land surveying and architecture department, which happily I did a year later,” he said.

Hanna started selling the service in Indiana and then began selling it nationally to decrease design and construction errors.

“The technology can scan hundreds of thousands of square feet in a couple of days,” he said. “Then we offer the architect and the engineer the ability to design around real-world conditions.”

After a year and a half, Hanna moved the business from his home to a Carmel office. The company later moved to its present office at 301 E. Carmel Dr. The business is looking to move to a larger Carmel office and add to its 10 employees.

“We are within walking distance of several engineering and architectural firms,” PrecisionPoint project lead Will Hirschfield said. “It’s easy to get to Indianapolis. We do a lot of scanning in Marion County for schools in the K through 12 sector and higher education, so we are in Bloomington, West Lafayette and South Bend.”