Local communities are reminding residents to watch for census mailers as the 2020 U.S. Census begins this month.

Mailers will be sent out nationwide March 12. 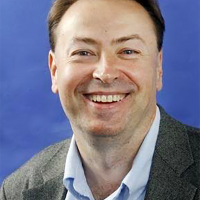 U.S. Census Bureau Media Specialist Tim Swarens said the first mailing will inform residents how to participate. There are four options for completing the census form: online, by mail, by phone or in person when census takers arrive.

If residents don’t respond to prompts by May, census takers will visit residences where forms haven’t been completed.

“It is a constitutional requirement,” Swarens said. “The U.S. government has conducted a census every 10 years since 1790. It is a part of our Constitution, and the primary reason for that is something called reapportionment that takes place after the census. The U.S. House seats are assigned to each state based on the population count. After each census, U.S. House seats are reapportioned based on where the population is now living. Some states will gain and lose House seats.”

In addition to reapportionment, local communities also receive federal funding based on population. Swarens said $675 billion a year is allocated nationwide based on census data.

“Congress allocates funds and where that money goes is determined using census data,” he said. “So, where people live is where money will go to provide essential services. It’s really important for local communities, so that’s why they’re involved in trying to get people to complete the form. They know a lot of funding is tied to that information.”

Swarens stressed that if forms are completed online, the information will not be misused.

“By federal law, personally identifiable information has to be kept confidential, and there are very serious penalties if someone would violate that law,” Swarens said.