As the lone Democrat running to represent Noblesville in the Indiana House of Representatives, Mike Vick’s mission is simple – to represent the interests of working-class and middle-income Hoosiers. 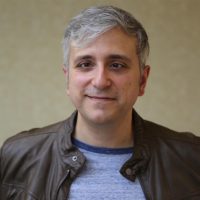 “Too many people get into political work to further their own ambitions,” Vick said. “I want to make sure regular people have a voice at the Statehouse.”

Although neither will face a challenger in the May 5 primary, Vick and Republican incumbent Chuck Goodrich will square off in the November general election for the District 29 seat.

Vick said he was inspired run to advocate for better-paying jobs and to help rein in cost-of-living increases.

“I’m also focused on making sure every child in the district has a quality educational environment, regardless of where they live,” Vick said. “It’s also critical that we fix our broken political system, so everyone has a voice, not just well-financed special interests.”

Vick, 37, has a bachelor’s degree in political science and spent two years in graduate study at Southern Baptist Theological Seminary. He is a field canvass director and previously worked as a journalist. He considers himself an evangelical Christian and libertarian socialist. He and his wife, Amanda, live in Noblesville with their two children. They are members of Waterline Church.

“I’ve been on the front lines doing political work for years, organizing home care and child care workers to get better pay and benefits, fighting for a green-energy future, fighting for fair utility rates for Hoosier ratepayers – particularly working-class folks, seniors and those on fixed incomes – and fighting for family farmers,” Vick said.