You are at:Home»Night & Day»Entertainment News»3 Doors Down’s Biltonen to perform at Brockway Pub

When not on tour as the bass player for 3 Doors Down, Justin Biltonen stays busy with a solo act. 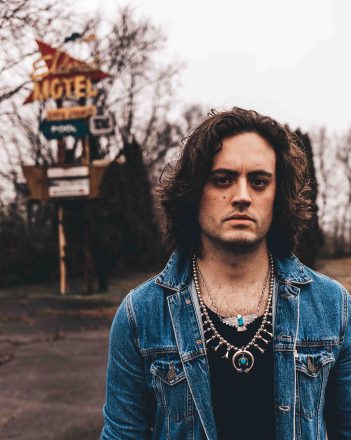 Justin Biltonen, the bass player for 3 Doors Down, will perform at 7:30 p.m. March 13 at Carmel’s Brockway Pub. (Submitted photo)

“I’ve been doing the solo concert thing for a little while,” said Biltonen, who joined 3 Doors Down in 2013. “Sometimes, I’ll go out and play when 3 Doors Down is on the road as well. I’ve been writing and performing for a long time, and it’s kind of in my blood to do it. It’s important for me to get out and play as much as possible.”

Biltonen performs with his acoustic guitar.

“I primarily play a lot of originals, but I like to throw to covers of things that are my favorite songs,” he said. “My music is high energy. It’s not like I’ll play sad songs for two hours. It’s a good mix.”

His original songs are mostly country or Americana.

Biltonen said he likes party events, such as the St. Patrick’s celebration.

“It’s intimate and everyone is having a good time,” he said. “Songs come across a little different than they would in other venues.”

This is the 13th consecutive year Brockway has teamed up with Carmel Professional Firefighters IAFF Local 4444 to raise funds for the Firefighters Bereavement Fund.

There are several live music acts each of the three days, with My Yellow Rickshaw performing at 8 p.m. March 17.