You are at:Home»Current in Geist»Geist Community»Cathedral junior vies for LLS honor

A Geist teen is vying for a prestigious honor – to become a Leukemia & Lymphoma Society Student of the Year. Madi Keller, a junior at Cathedral High School, became interested in the program after a friend competed for the title in 2019. 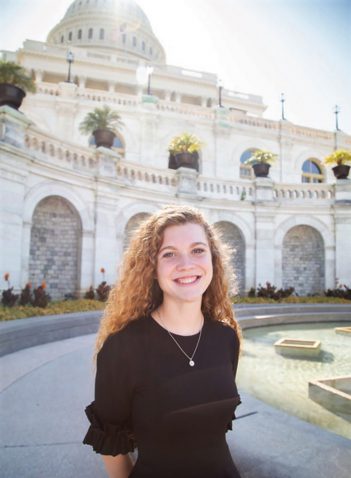 Madi Keller is competing for the Leukemia & Lymphoma Society Student of the Year honor. (Submitted photo)

“I saw how much fun he had supporting such a great cause and knew I wanted to be involved,” Keller said.

Students of the Year is a philanthropic leadership development program where students use professional skills such as entrepreneurship, marketing and project management to raise money for the Leukemia & Lymphoma Society. Students can compete as individuals or as part of a team. The title is awarded to the student or students who raise the most funds during a seven-week competition. Many of the students raise money in honor of a patient battling or in remission from a blood cancer.

Keller, 16, is competing as an individual but has a team of 16 people of varied age groups from five states supporting her as part of “team RELENTLESS.” She started the campaign with a fundraising goal of $80,000 but surpassed that in the first four weeks of the seven-week challenge and has continuously increased her goal.

“I have been able to achieve this vigorous goal with the help of my team members,” Keller said. “We have held multiple events at Greenleaf Juicery, Chipotle, Woodland Bowl and Bier Brewery that have really helped us fundraise.”

Keller has grown up in a “world closely linked to cancer.” Her grandfather, Richard Stephenson, founded Cancer Treatment Centers of America after the death of his mother from cancer. And Keller’s father, Darren Keller, is vice chairman of the organization. But her mission to fundraise has an even more personal reason behind it – she lost her grandmother to lymphoma.

“In 2012, (she) was diagnosed with lymphoma. I never imagined such an important, sweet and loving person in my life would have to fight such a devastating disease,” Keller said. “After experiencing cancer through her, the indescribable pain she had to endure was too much to bear. I knew I had to take on this challenge because I want to join the battle against cancer so others no longer have to suffer and die.”

The Student of the Year will be announced March 14 at a Grand Finale Celebration. The recipients will receive a $2,500 scholarship toward the college or university of their choice. For more, visit studentsoftheyear.org/about.