You are at:Home»Current in Westfield»Westfield Community»Westfield GOP Club to conduct debate

The Westfield GOP Club will conduct a debate between the large pool of 5th District Congressional candidates vying for the Republican nomination in the May primary. U.S. Republican incumbent Susan Brooks is retiring of her term. 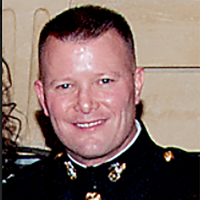 The debate will be moderated by Kyle Hupfer, chairman of the Indiana State GOP.

“It’s really going to be more of a forum because there’s just so many candidates that are running it would be almost impossible to put on an effective debate,” said Scott Willis, president of the Westfield GOP Club.

“We will bring each candidate up, one at a time, and give them a chance to answer six to eight questions,” Willis said. “They have 60 seconds per question.”

The Westfield GOP Club will draft the questions.

“We have one more meeting planned to fine-tune the details, but we don’t believe we will open (questions) up to the public simply because of lack of time,” Willis said. “There’s some questions we want to make sure get answered.”

The debate is free and open to the public. A VIP event at Grand Junction Brewing Co., 1189 E. 181st St. will follow the debate. Attendees can meet the candidates. Tickets are $25.

“It’s a chance for residents and voters to interact directly with the candidates,” Willis said. “It’s important voters understand the options they have and make educated decisions on their vote because we can’t afford to get this one wrong.”

Although Democratic candidates will not participate in the debate, Democrats vying for the 5th District seat are are Jennifer Christie, Christina Hale, Andy Jacobs, Ralph Spelbring and Dee Thornton.

For more, visit the Westfield GOP Club on Facebook.