You are at:Home»Current in Geist»Geist Cover Stories»Coming soon?: City of Lawrence to approach council regarding new fire station soon

Lawrence Fire Dept. Station 38, 4450 McCoy St., was built 34 years ago, when the LFD was a volunteer organization.

Now that LFD is a paid department, city officials are in the process of seeking approval to build a new station suitable for 24-hour staffing.

“It was built in ’86, and one of the issues we had with that station was it was never built to be a 24-hour station,” LFD Chief Dino Batalis said. “Back in the day, this was a volunteer fire dept, and then in the late ’80s went to a combination department, which was paid and also volunteer. In the early ’90s, we went fully paid, so when you’re totally volunteer, it wasn’t set up for people to sleep 24 hours.” 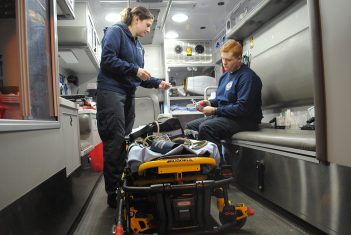 “We put money in in 2016 for the females because they weren’t even able to shower there,” Batalis said. “It has made the conditions to be livable, but it’s definitely due to be replaced. Any structure, given that age, needs something done to it.”

In May, city officials plan to request the Lawrence Common Council approve bonds to build the station. Mayor Steve Collier is unsure what it will cost. Bids will be accepted in July.

“It’ll go fairly quickly, quicker than the police station went,” Collier said. “Once council approves the bond, then it’s a matter of just following the law and that’s, generally speaking, about a 60-day process.”

Once a bid is accepted, Batalis estimates construction to take 10 months to a year. The station on McCoy Street will be demolished, which is expected to speed up construction of the new station on the same property.

The new building will be one story. The current station has a basement.

“It will be more state-of-the-art,” Batalis said. “Everything (at the existing station) has been kind of piecemeal. That station used to have communications in there and administration offices.”

Batalis doesn’t expect emergency response times will change with the reshuffling of resources.
“Right now, from what we understand, the response area is not going to change a whole lot,” he said.

It is uncertain which equipment will be temporarily housed at which stations, but Batalis said he expects the ambulance will be centrally located.

“It’s not just because that’s where we want the apparatus,” he said. “When we do the final drawing of this, it’ll be what will best serve the citizens of our city for response times? What else is involved, like if they’re doing major street construction anywhere nearby, that will determine where we put the equipment?” Batalis said. “We want the best response times.” 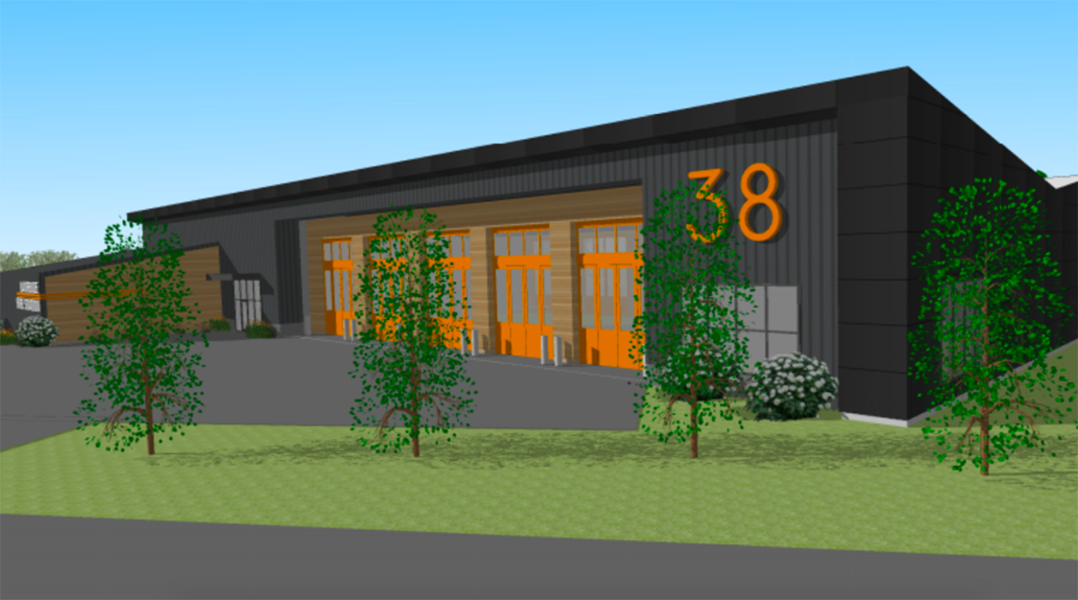 Also, new equipment recently was purchased for Station 38. It is being temporarily stored in Bloomington until the new station is built.

“We purchased a gear washer, a fill station for our SCBA tanks, and that is being stored for free from the place we purchased from in Bloomington,” said Batalis, noting the logistics challenge moving large equipment as well as the trucks to a temporary station.