You are at:Home»Current in Carmel»Carmel Community»Some Carmel restaurant owners feel unfairly targeted by governor’s decision to shut down dine-in service

Gov. Eric Holcomb ordered restaurants to stop offering dine-in service March 17 through at least the end of the month to help prevent the spread of the new coronavirus, leaving Carmel restaurant owners scrambling to figure out how to adapt. 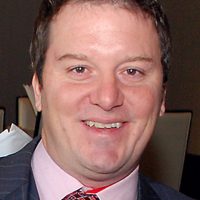 Jeremiah Hamman, owner of Prodigy Burger Bar and Prime 47 steakhouse, doesn’t agree with the governor’s decision. He said he believes social distancing can be safely practiced at restaurants with a few modifications.

“Allow the restaurants to space out tables, use their best judgment, operate at 50 percent capacity instead of 100 percent. Allow them to stay open and serve, providing they are meeting certain requirements,” said Hamman, who plans to institute carry-out and delivery service at his restaurants. “How can (the governor) decide all bars and restaurants must shut down, but grocery stores are open and you are going to have thousands of people in your store at the same time? I think it’s a terrible decision.”

His biggest concern, however, is for his employees. He plans to pay them during the restrictions but knows not every restaurant owner will be able to do that.

“I wish (Holcomb) would consider what he has done to the service industry employees,” Hamman said. “We’re blessed and fortunate and in a situation where we are going to figure out a way to pay ours. There are a lot of places that aren’t. I’m really concerned for the economy and what is going to happen to them.”

Kevin “Woody” Rider, owner of divvy and Woody’s Library Restaurant, is not planning to implement carry-out or delivery service. He said it would end up costing him more than temporarily shutting his restaurants’ doors.

He also said he is disappointed in the governor’s decision.

“Why just the restaurant business?” said Rider, whose restaurants employ 95 people. “I think being at a grocery store or being at (a home improvement store) is more dangerous to the spread of this thing than sitting at a table in a restaurant.”

Rider, who is a member of the Carmel City Council, has been in touch with legislators asking them to remove a state-mandated waiting period for receiving unemployment benefits.

“They should be allowed to file and get it, because this (restriction) could be two weeks or this could be two months,” Rider said during the March 16 council meeting. “They’re not telling us how long it’s going to be.”

“Of course, normal carryout is welcome, and while we will still be maintaining enhanced disinfectant procedures, we sure do like to see our customers,” he said.