OneZone President Mo Merhoff announced March 20 that she has decided to retire. 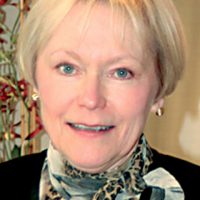 “Now in my 20th year, it seems like a good time to end this significant chapter in my life,” she stated in a press release. “Unfortunately, current conditions preclude this from being a public announcement as planned.”

OneZone Chief Operating Officer Jack Russell will serve as interim president. The board will launch a regional executive search for the next president in the coming weeks.

Merhoff joined the Carmel Chamber in 2000 and helped guide the transition as it combined with the Fishers Chamber of Commerce in 2015 to create OneZone.

Merhoff plans to work with nonprofit organizations, travel and spend more time with her husband, dogs and horse in retirement.